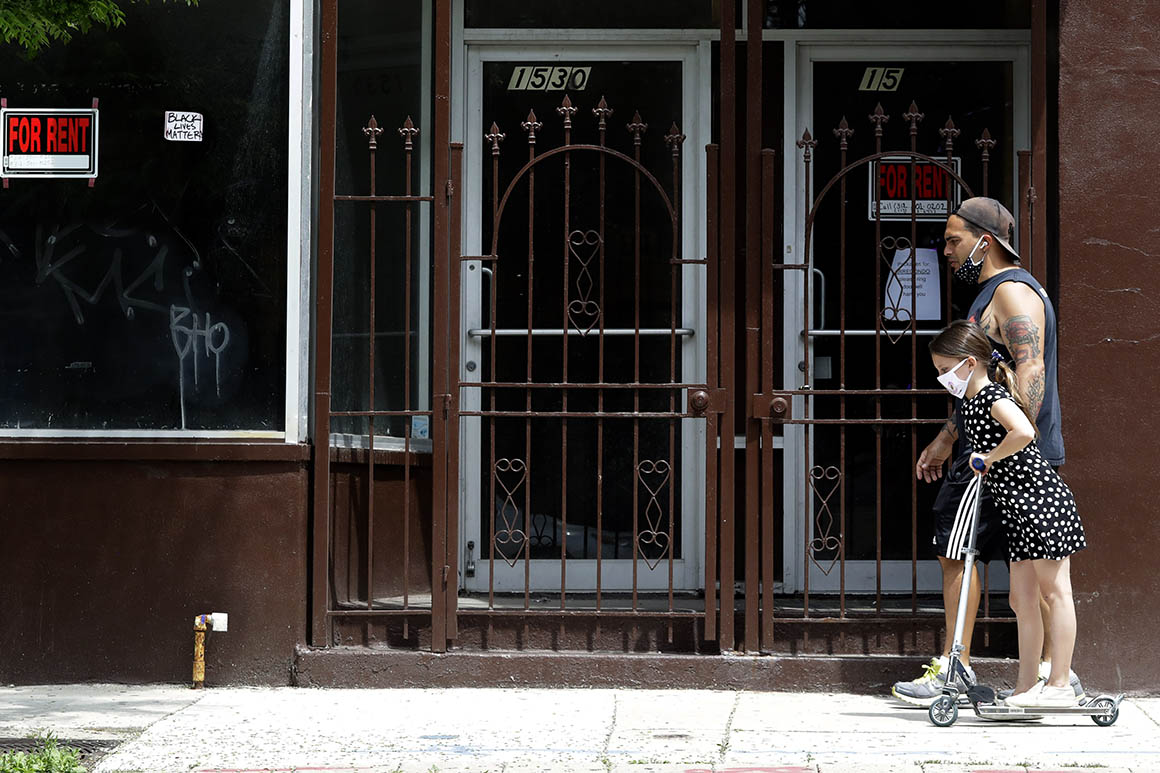 Workers filed another 1.5 million claims for jobless benefits last week, the Labor Department reported, suggesting that some Americans are still being pushed out of work nearly three months into the pandemic.

Additionally, nearly 706,000 people applied for benefits under the new temporary Pandemic Unemployment Assistance program created for people who are ineligible for traditional unemployment benefits. With those workers added, the number of new claims filed last week could be higher than 2.5 million, despite every state loosening stay-at-home orders and allowing businesses to reopen in recent weeks.

The latest figure indicates that the coronavirus-induced recession has forced roughly 44 million workers to seek unemployment aid in just 12 weeks. But that number likely includes duplicate applications, as some states have instructed workers to reapply if they were first found ineligible, and doesn”;t include those seeking PUA benefits.

Economists suggest that the number of workers currently receiving benefits or waiting to get benefits is closer to 31.6 million. That number includes the workers who have filed “;continued claims”; –; or those who are still seeking unemployment benefits for another week.

The number of Americans applying for jobless benefits has been slowly declining, but economists note that the amount of weekly jobless claims still remain at historically elevated levels.

Andrew Stettner, senior fellow at The Century Foundation, pointed out that the number of laid off workers seeking another week of benefits has only declined by 17 percent from a peak of 22.8 million in early May.

If Americans continue to drop off jobless rolls at this rate, Stettner said it would take more than two years to get back to the pre-pandemic rate of unemployment.

The new requests for unemployment assistance are coming even as some Americans are going back to work. The Department of Labor reported last week that 2.5 million jobs were unexpectedly added to the economy in May, despite widespread predictions that more than 7 million would be lost. The unemployment rate fell to 13.3 percent in May from a peak of 14.7 percent in April.

"The May jobs reports showed that a significant amount of people are moving back into work as employers are recalling temporary layoffs," Nick Bunker, director of economic research at Indeed Hiring Lab, said in response to the figure. "In the absence of another surge in coronavirus cases, the labor market is likely to continue to grow. . . Hiring appears to be picking up, but is far below what the labor market needs for a robust recovery."

The continued high levels of new jobless claims could be in part due to state unemployment agencies struggling to process the deluge of applications, some economists suggest.

Senate Minority Leader Chuck Schumer and Oregon Sen. Ron Wyden, the top Democrat on the Senate Finance Committee, requested earlier this week that DOL open an investigation into Florida”;s unemployment system, arguing the state has only processed payments for 28 percent of the applications it”;s received since March. And in New Jersey, state lawmakers want an audit of its unemployment system, citing complaints from constituents having difficulty filing jobless claims or receiving benefits.

As workers continue to seek jobless aid, observers warn the economy has a long recovery ahead.

The Federal Reserve on Wednesday projected that the U.S. economy will contract by 6.5 percent this year, and that the unemployment rate will only drop to 9.3 percent by the end of the year. The head of the nonpartisan Congressional Budget Office, Phillip Swagel, warned lawmakers Tuesday that the recovery from the coronavirus-induced recession is going to be more challenging to dig out of than the 2008 financial crisis.

But in Washington, the Trump administration and the GOP have seized on the falling unemployment rate.

President Donald Trump trumpeted the report as the “;greatest comeback in American history”; and Republican senators say they don”;t plan to start working on another round of coronavirus aid until July.

Republicans say the positive news is an indication that the economy has “;bottomed out,”; adding fuel to their opposition of an extension of beefed up unemployment benefits that Democrats are seeking in the next relief package.

However, the unemployment rate in May was still at historic highs not seen since the Great Depression. The Bureau of Labor Statistics data also indicates about 6 million people have left the workforce since January.

The House has already passed a $3.5 trillion bill called the Heroes Act that would extend the $600 additional weekly unemployment benefit created under the previous relief package through the end of January. That benefit plus-up will expire on July 31.

“;Unemployment benefits will still be needed past that date, of course,”; Labor Secretary Eugene Scalia told the Senate Finance Committee Tuesday according to prepared remarks, “;But the circumstances that originally called for the $600 plus-up will have changed; policy will need to change as well.”;