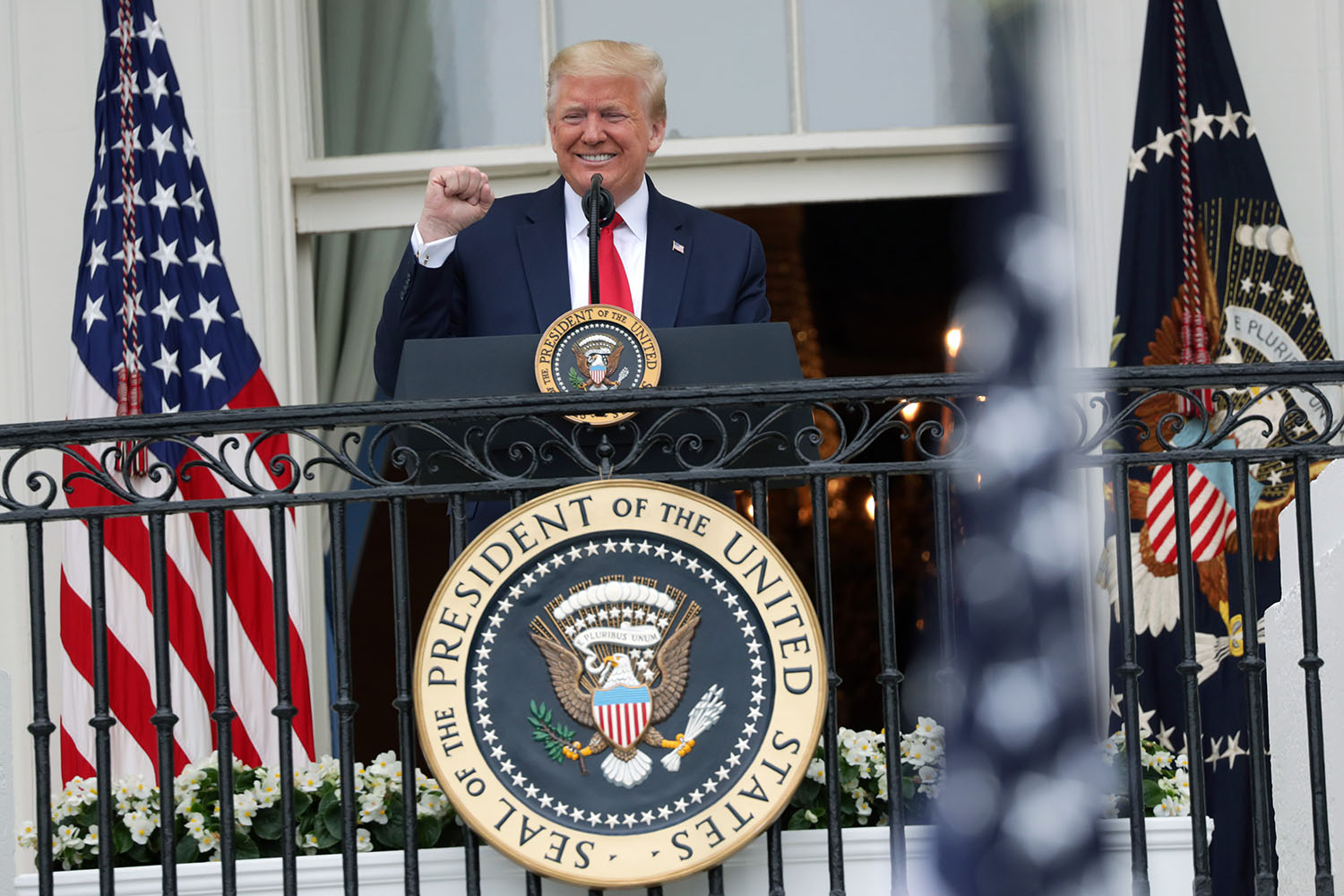 President Donald Trump wants to make America great again in space. And a major step on that journey begins Wednesday with the launch of American astronauts aboard a rocket and space capsule built by Elon Musk’s SpaceX.

If successful, the mission to the International Space Station from Florida’s Cape Canaveral, scheduled for 4:33 p.m. Eastern, will mark the end of America’s decade-long reliance on Russia to send its astronauts to space.

It will also make history by taking the first humans to orbit aboard a commercially-owned spacecraft, ushering in a new era for more routine trips not only for NASA but private entrepreneurs and eventually even average citizens.

"That opens up whole new horizons for the future," said former Republican Rep. Robert Walker, a leading space consultant and lobbyist who has advised Trump on space policy. "It means that as we achieve success in that arena we will have people flying who will not necessarily walk through NASA’s front doors."

The Commercial Crew program, a unique public-private partnership, officially began in the Obama administration. But Trump has embraced it as his own first leap toward reclaiming American leadership in space and boosting private investment.

Trump, who along with Vice President Mike Pence is scheduled to be on hand for the launch, has made revitalizing the space program a top priority, including setting an ambitious goal of returning humans to the moon by 2024, reforming federal regulations to help unleash a new space economy, and establishing the U.S. Space Force, a new military branch dedicated to space.

Veteran NASA astronauts Robert Behnken and Douglas Hurley will depart from Launch Complex 39A, the same site where the Apollo 11 astronauts lifted off on their way to the moon in 1969. They are expected to dock with the International Space Station on Thursday, where they will join fellow astronaut Chris Cassidy and Russian cosmonauts Anatoly Ivanishin and Ivan Vagner.

Florida”;s weather forecast had been improving this week but the outlook worsened on Wednesday, increasing the chances of a launch delay.

The space agency reported Tuesday that "the U.S. Air Force 45th Weather Squadron now predicts a 60% chance of favorable weather conditions for NASA”;s SpaceX Demo-2 launch –; a change from the previous days”; projections, which called for a 40% chance of ‘go’ conditions."

But on Wednesday forecasters put the chances of thunderstorms at 50-50.

NASA and SpaceX are taking extra precautions due to the coronavirus pandemic. Behnken and Hurley were tested for Covid-19 and anyone in close contact with them was tested twice to ensure they don’t bring the virus to the space station.

NASA Administrator Jim Bridenstine has also repeatedly asked the public not to descend on Florida’s space coast to avoid throngs of spectators on nearby beaches.

The agency limited the number of VIPs in attendance to control crowd size; lawmakers and administration officials are welcome, but staffers are not allowed.

SpaceX”;s role is a major departure from the traditional way NASA has sent its astronauts into space.

In the past it funded, owned and operated its own rockets and shuttles. This time both the agency and the industry will fund the privately owned spacecraft, and NASA will buy rides aboard vehicles that also moonlight as transports-for-hire for a growing space economy.

The spacecraft has made 21 trips to the space station to deliver cargo, but has never ferried astronauts.

The launch, which is also aboard SpaceX’s reusable Falcon 9 rocket, is seen as a major milestone for ventures such as private space stations or human travel to the lunar surface.

"This is just not about one launch," Nicole Mann, another Commercial Crew astronaut, said on Tuesday. "It is our first big step on our roadmap to the Moon for the Artemis mission."

Such partnerships between NASA and commercial companies are seen as a crucial way the agency, which is hustling to meet Trump”;s demands for a moon landing in 2024, plans to stretch its dollars in the decades ahead.

Under the Commercial Crew program, NASA is also helping to finance the Boeing Starliner in the hope of creating competition and driving down the cost. Boeing’s capsule failed to reach the International Space Station on a test flight last year without a crew and is scheduled to try again this summer before flying people onboard.

Wednesday’s launch will also end America”;s reliance on the Russian space agency, which has been transporting U.S. astronauts to the International Space Station aboard its Soyuz spacecraft since 2011, when NASA retired the space shuttle program.

Once the Crew Dragon and Starliner are making regular flights to space, Bridenstine has said Russian and American astronauts could fly on both vehicles in a barter system in which the countries don”;t exchange money.

Death by dark money: The Americanization of British democracy