Tina Knowles Reacts to Criticism of Beyonce’s ‘Black Is King’ 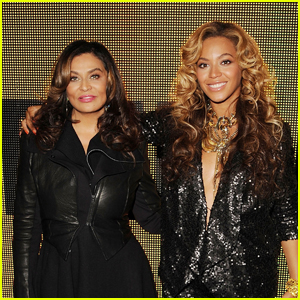 The trailer for the upcoming visual album Black Is King, which is set to premiere on Disney+ in support of her 2019 record The Lion King: The Gift, resulted in some discussion on social media regarding whether Beyonce was “appropriating” African culture.

PHOTOS: Check out the latest pics of Beyonce Knowles

Now, Beyonce‘s mother, Tina, is weighing on in the topic.

She started by reposting a tweet on her Instagram, which read: “Lmao the annoying thing about the capitalist argument with Beyonce is Lemonade, her ‘black’ album, is one of her lowest selling albums so if we’re talking profit, she wouldn’t continue to make music highlighting blackness if it was solely for profit.”

“Thank you I could not have said it better. It”;s really sad that the women who shout the loudest the ‘protect the black woman’ that they are the ones that are trying to tear her down. Sisters wake up!!!!” Tina captioned the post.

“Beyonce was taught from a little girl to lift other women up not to tear them down. She minds her own business , does not criticize anyone, Gives of her time and money , and dedicates her art to Boldly show the Royalty and beauty of our heritage and journey ! Her work is to change the narrative! To show that we did not start off as slaves , but that we were kings and queens before we were forced into slavery,” she continued.

“Don”;t you want to see something that shows that ! Aren”;t you sick and tired Of seeing us as slaves ! She employs African and African-American people , fights for many ‘first’ in the fashion and film world . Take an inventory of yourself and your hate . Where is it coming from ? I ask you to examine your heart and really take a look at what your motive is and what it”;s fueled by! Then take that energy critiquing, and tearing down and put it to into an action that is fighting against the systemic racism that is going on right now and has been going on forever,” she went on to write.

“The time that you take to tear her down you could be using that time to do that!! Critique and tear down the systems that hurt and suppress us. Use your social media platform to work on getting people out to vote to change the laws critique the frigging laws!! Stop being a social media terrorist to the wrong people ! Redirect that passion for change in that !!! Use your energy and great intelligence to fight people who choose to be oppressors. Beyonce is not your enemy!! But you would swear that she was! I love what this post said which is the honest to God truth. She sold more records before lemonade. I have one question for you too that I”;m confused about ‘how do you appropriate the black culture when you are black??’ She has a right to her heritage as well as anyone else in the world. Just consider young sisters i love you🙏🏾🙏🏾❤️❤️ and brothers thankyou for your balance and speaking up. 🙏🏾❤️”

If you haven’t yet, find about more about the upcoming Black Is King project.

Atomicrops Out Tomorrow: 5 Tips to Survive the Apocalypse