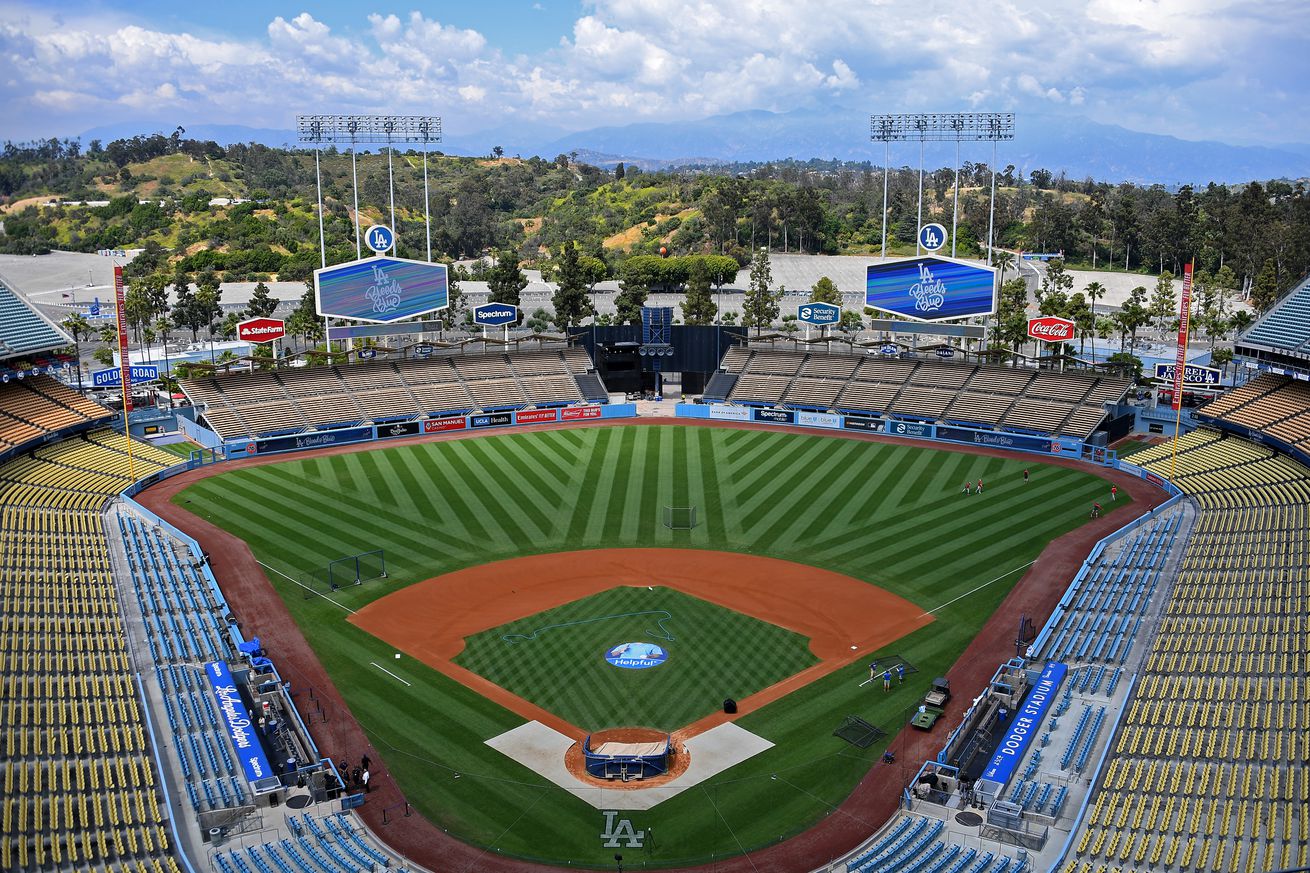 This could make everything easier.

Pressure from Covid-19 is putting major strain on the electoral process in November. Fear of the virus paired with questionable infrastructure has led to many voters looking for alternative ways to cast their ballots for the 2020 presidential election.

Initially it was believed that mail-in voting would be a way to ameliorate the process, until the federal government instituted a systematic gutting of the United States Postal Service, leading to questions of whether ballots could be sent and counted reliably.

Concerns over the election have led to people looking for new, fair ways to ensure voices are heard at the polls this November, with the latest plan seeming to hinge on turning sports stadiums into massive, open-air polling locations, capable of holding thousands of voters.

So far 12 stadiums across the NFL, NBA, MLB, NHL and MLS have announced their intentions to open their doors to become polling places for citizens, according to a report by The Guardian. It would allow safe, socially-distanced voting to take place in person, without fear of any tampering with mail-in ballots, which has been proven to be a non-issue in the first place.

Delays and cancellations to fall sports makes empty stadiums the perfect place to hold polling. The facilities are used to accommodating large crowds, infrastructure is in place to provide bathrooms while people wait in line, and the open-air nature of most venues makes them ideal. The plan also includes providing jobs to furloughed stadium employees, putting them through electoral and voter training so they can obtain temporary work. Pair these factors with the fact that a majority of sporting stadiums exist because of taxpayer money, and this plan could work brilliantly –; assuming more stadium owners buy in.

That”;s what the Election Super Centers Project is trying to do. A non-partisan voter rights group, the project believes more stadium owners will open their doors in the coming weeks to help deal with potential problems on voting day. The Los Angeles Clippers, Washington Wizards, Golden State Warriors, Indiana Pacers, New Jersey Devils and Pittsburgh Penguins are currently in talks with local election boards about holding polling at their stadiums and arenas, but that number will need to swell beyond pro sports in order to accommodate the needs of the country.

There are hopes universities will join as well, providing much-needed polling locations in areas that are typically underserved.

It isn”;t just the Election Super Centers Project who is doing this critical work, either. LeBron James is running a similar movement, working directly with the Los Angeles Dodgers to form “;More Than a Vote,”; movement designed to combat voter suppression. Dodgers Stadium will become a polling place as part of the initiative, with hopes more teams will follow suit.

To every NBA fan ready to watch playoffs, please take a minute to read this letter and consider our call to action. Black, brown, white, this fight is real and you can”;t sit on the sidelines. @morethanavote #BlackLivesMatter https://t.co/MoXgTWlcGS

With a vast number of polling workers averaging over the age of 61, along with significant threats due to Covid-19, open-air voting could be the best way to ensure people can safely participate in the electoral process this year. Keep watching for updates from your local electoral board, because there”;s a chance you could be voting in a stadium this fall.

6 Sales Forecasting Methods That Help You Plan for Future Growth

How Can Brands Support Black Businesses