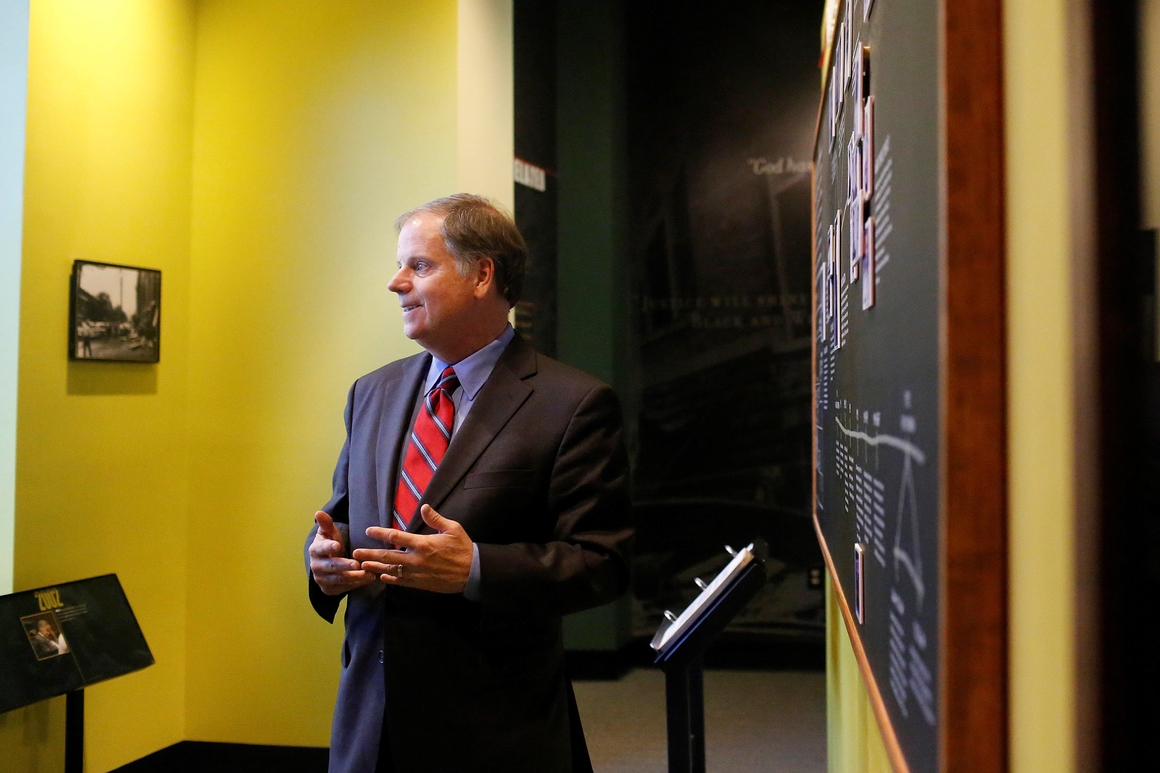 After more than year and a half of failing to act, the White House says it is now “;actively vetting”; candidates to establish an oversight board to re-examine dozens of decades-old unsolved murders of Black Americans.

The Civil Rights Cold Case Records Review Board, which was established with nearly unanimous bipartisan support in Congress and signed into law by President Donald Trump in January 2019, would have the power to declassify government files and subpoena new testimony in the hopes of reopening cases or revealing publicly why many were never fully investigated.

The board is seen by advocates as the last chance to compel federal and local law enforcement agencies to locate information on the racially motivated killings that were endemic across the South well into the 1970s.

“;We are actively vetting candidates for appointment to this board,”; a White House official told POLITICO on Monday after it inquired last week why the presidential body, which has also been supported by a congressional appropriation, has languished for so long.

The official declined to say when the appointments might be made or account for the unusual delay. Candidates for the board were proposed, as the law recommended, by the American Bar Association and several historical associations as far back as July 2019.

But despite the holdup and the fleeting chance of locating new facts after so many years, there is still hope that the effort can turn up fresh leads and shed new light on a dark chapter in America’s racial history at a time when there is a national reckoning over race and equality.

And even if the perpetrators can no longer be brought to justice, the board is seen as a crucial tool for providing families of the victims more answers.

"The family is owed the truth about what we did or didn’t do," said Deitle, who is now director of civil rights reform at the Matthew Shepard Foundation. "Especially the cases where it was a law enforcement official who was either responsible for the cover-up or responsible for the murder itself."

The five-member board, designated as "an independent agency of impartial private citizens," is to be housed at the National Archives and Records Administration.

It was proposed by a bipartisan bloc of lawmakers, including Sens. Doug Jones (D-Ala.), Ted Cruz (R-Texas) and Kamala Harris (D-Calif.).

Jones in particular has expressed frustration that "no board members have been appointed and no work has been done to fulfill the purposes of the act," as he wrote in a letter to Trump last month.

"I am concerned those funds will go unused if the board is not put in place soon," added Jones, who successfully prosecuted two Klansmen for the Birmingham church bombing that killed four Black girls in 1963 –; nearly 40 years later.

Jones, in an interview on Monday, said he believes "time is of the essence."

"It passed the Senate with unanimous consent. The president issued a very nice statement when he signed it. And I don’t understand not doing it right now. This needs to be done. I just don’t get it."

"It’s important as ever," he added. "We are talking about a system of justice that has let people down back in the day. And I think these communities need to see and understand the full details of what was going on back in those days. Because if we’re not careful we will make some of the same mistakes. And I think some of those mistakes are being made even now. I think that if we can open these files up, the way Congress intended, then I think it will help with the overall healing process."

Cruz’s office, in a statement to POLITICO Monday, also pledged the senator’s continued support for the effort.

“;The Civil Rights Cold Case Records Collection Act is meant to shine light on unsolved crimes committed against Americans seeking their rightful place in the American dream during the civil rights movement," the statement said. "Congress passed this law -; and President Trump signed it -; so that there will be revelation, justice, and closure where they have long been lacking.”;

The board was modeled on the Assassination Records Review Board, which was established by Congress in 1992 to collect and declassify all records held by intelligence and law enforcement agencies that might offer new information about the assassination of President John F. Kennedy.

According to the law, the board can access any civil rights cold case records that have been identified by government agencies and also direct them to “;investigate the facts" and seek "additional information, records, or testimony from individuals.”;

Some documents could be withheld or redacted before being being disclosed to the public, such as to protect the identity of informants who might be still alive.

It also has the power to “;subpoena private persons to compel the production of documents and other records relevant.”;

The effort is by any measure going to be a daunting task, experts say.

"We don’t know how many cases will be impacted," said Deitle. "There has never been a complete cataloging of every racially motivated murder. There is no master list."

At the Department of Justice, however, she said there are more than 100 such cases that are considered worthy of continued investigation.

"There’s a good history behind the success of reporters and journalists and professors really moving these cases forward," explained Deitle.

The push for the legislation began from an unlikely source: high school students in New Jersey. 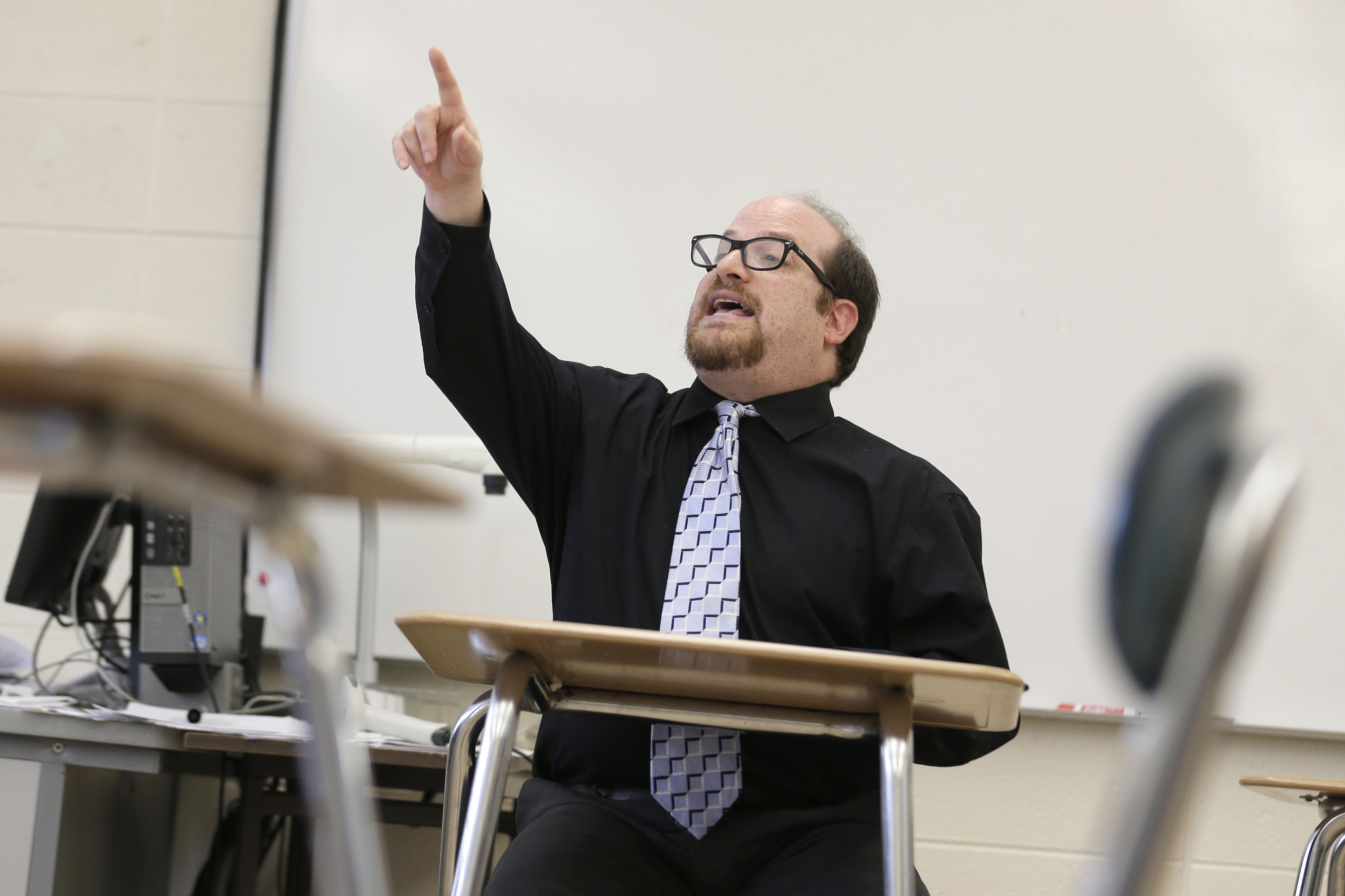 The effort was part of a civics project under the tutelage of Stuart Wexler, a government teacher. His students began lobbying for such a bill in 2015 and subsequently helped secure the funding to finance the board.

Wexler is eager to see the board get to work but also worries about who Trump might appoint.

"I am of two minds on this news that the board will be appointed," he said. "Normally I would just be ecstatic with the thought that the victims’ families may get answers about what happened to their loved ones, that the entire country will get to examine why law enforcement did not resolve these cases in the first place."

"But," he added, "when someone says to me, ‘We are vetting the nominees’, I become very concerned that a bill that was designed to be non-partisan, that was introduced in both chambers by Democrats but championed originally and for the later appropriation by key Republicans, and which passed with support of 99 percent of the legislators in both branches, will become politicized."

“;The American Bar Association believes in attaining justice," said the group’s president, Judy Perry Martinez. "The ABA is proud to be involved with The Civil Rights Cold Case Review Board, which can provide a mechanism for bringing justice and truth to people who have had justice and truth delayed far too long.”;

According to a list shared with POLITICO by an independent researcher, the candidates sent to the White House include a mix of historians, archivists, librarians, former prosecutors, and law school professors and deans.

Trump does not have to take the groups’ recommendations, but according to the law is supposed to consider their advice.

"I would hope the commission [Trump] appoints has those who have some experience with these issues," said Deitle, the former FBI agent.

But time is also running out. "The clock is ticking," she said. "Witnesses are dying. Family members are dying. Spouses of the deceased are dying. They are never going to be given the chance to know the truth because we waited too long."

Most of the cases "will never, ever be prosecuted in a courtroom," added Jones. "But there is an element of reconciliation that goes with just knowing the facts. And that’s important not just to the victims and the communities and the family, but even to those family members whose grandparents or somebody was involved in the incident itself from the wrong side of history."

Daniel Lippman contributed to this report.