Supreme Court gives Trump a win on his steel tariffs 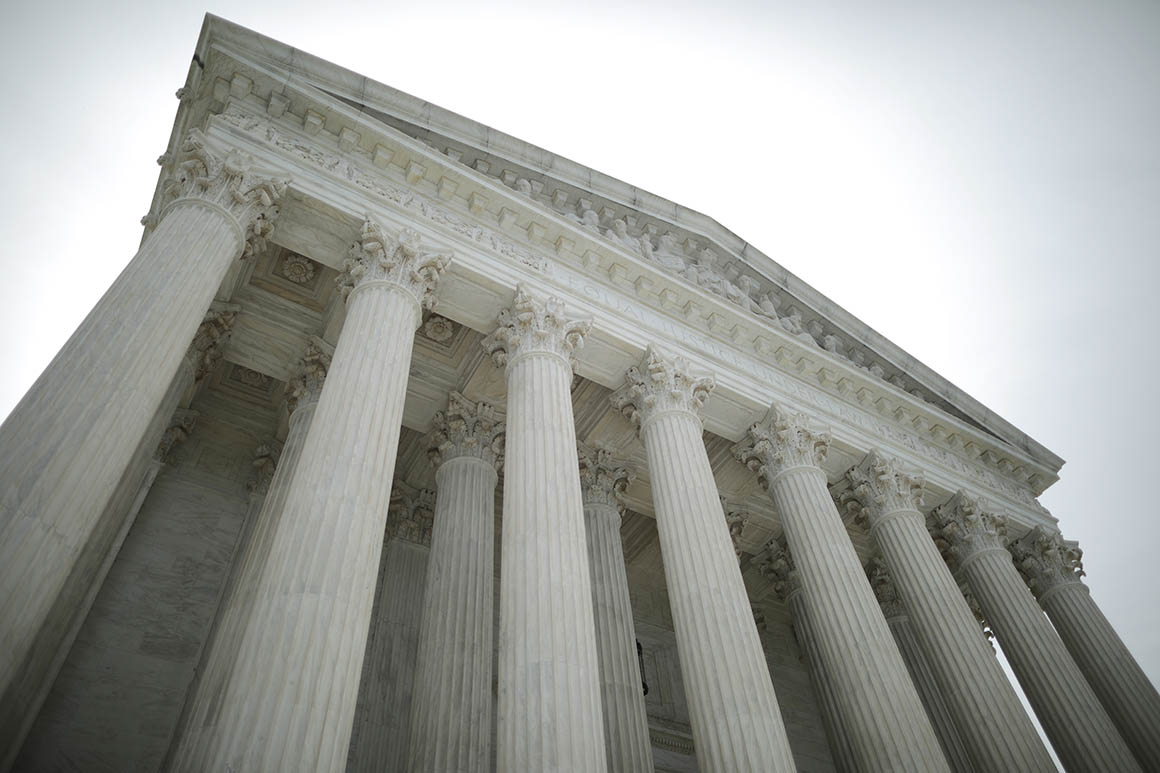 The Supreme Court on Monday decided not to hear a case brought by U.S. steel importers against tariffs that President Donald Trump imposed on steel imports in 2018, effectively ending the legal challenge and leaving the steep duties in place on imports from Europe, China and many other countries.

The decision could embolden Trump to take further tariff actions without worrying that the Supreme Court will strike them down. It puts the onus on Congress to decide whether it wants to rein in Trump’s tariff powers. So far, neither the Republican-led Senate nor the Democratic-led House has shown much interest in that.

Although the U.S. Constitution gives Congress jurisdiction over trade, Trump imposed the tariffs under the Section 232 of the 1962 Trade Expansion Act, which gives the president broad powers to restrict imports to protect national security.

The American Institute for International Steel, which represents importers of foreign-made steel, argued the law is unconstitutional because it imposes no limits on the president”;s discretion to take action. As a result, the law is an improper delegation of legislative authority and a violation of the separation of powers, AIIS said.

The import group did not have an immediate comment on the Supreme Court’s decision to not to hear its complaint, thus ending a nearly two-year legal battle. Both the U.S. Court of International Trade and the U.S. Court of Appeals also sided with the Trump administration in previous rulings on the case.

The Supreme Court’s decision is no surprise, except perhaps to the steel import group’s lawyers, said Bill Reinsch, a former Commerce Department official now at the Center for Strategic and International Studies.

"This issue came before the court some years ago in a different case, and the court upheld what Congress did. That is basically what the court did this time –; it honored its own precedent," Reinsch said.

Domestic steel producers, who have benefited from Trump’s 25 percent tariff on steel imports, welcomed the news.

"The decision … is acknowledgment once again that Congress acted within its constitutional authority when it authorized the president to take action to adjust imports that threaten to impair our national security," Thomas Gibson, president of the American Iron and Steel Institute, said in a statement.

Last year, Trump agreed to lift the tariffs on steel and aluminum imports from Canada and Mexico in order to help win congressional approval of his renegotiated NAFTA deal with both countries.

However, various efforts in Congress to claw back some of the authority given to the president under the Section 232 have failed to win enough support in either the House or the Senate to become law.

Senate Finance Committee Chair Chuck Grassley (R-Iowa) has been working with Sens. Rob Portman (R-Ohio) and Pat Toomey (R-Pa.) since last year to try to devise a consensus bill to overhaul the Section 232 law. However, that effort has not led to any legislation so far.

“;Many problems with those tariffs and quotas have been well-documented, but I”;ve been in the Senate long enough to know that getting things done requires compromise,”; Grassley said last November.

Grassley maintains the bill he is working on is meant to help Congress reclaim some of its trade powers from the executive branch, rather than to rein in Trump. He noted, however, that Trump”;s use of the law “;alerted us to the fact that Congress has been too negligent in the past of protecting our constitutional responsibility.”;

Trade experts at the free market-oriented Cato Institute doubted Congress would act any time soon. And prospects for changing the law might not improve if former Vice President Joe Biden defeats Trump in the November election.

"Under a Biden presidency, one would like to think that Congress would be less timid about advancing reform legislation," said Dan Ikenson, director of Cato’s Center for Trade Policy Studies. "But just because Biden seems like a nice guy doesn”;t mean he”;ll want any part of weakening the executive branch by signing the legislation into law or that an Democratic Congress would even attempt to rein in the president. Congress is quite content with its abdication of trade authority, frankly."

Most, if not all, of the countries hit by Trump’s duties have retaliated by slapping duties on American exports.

The Distilled Spirits Council of America released a new report on Monday to mark the second anniversary of the EU’s 25-percent retaliatory duty on American whiskey. That extra tax has caused U.S. whiskey exports to the EU to plummet by one-third over the past two years, the group said.

The EU, China and other countries have also challenged Trump’s tariffs at the WTO, while the Office of the U.S. Trade Representative has filed counter-complaints against the retaliatory duties those countries have imposed on U.S. good.

A decision in those cases is possible by the end of the year, although there is no deadline for the panels to complete their work. Any decision that goes against the United States would add to the Trump administration’s long list of grievances against the WTO, which is struggling to remain relevant.

Biden outraises Trump with $80.8 million in May

The Presidential Race Florida Is Really Talking About