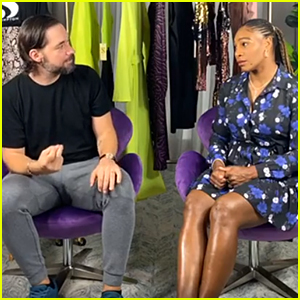 Serena Williams had an open discussion alongside her husband, Alexis Ohanian, about his decision to step down from the Reddit board to make room for a Black candidate.

During their IGTV chat, the married couple revealed that she actually had nothing to do with his decision.

Alexis confirmed that his exit has a lot to do with their daughter, Olympia.

“;I thought about what I could do beyond a social media post, beyond a donation,”; he said. “;We need diversity at the highest levels of business now more than ever. Once I realized why I needed to do it, it became very easy.”;

Alexis continued, “;I thought about what those dollars could do for a community that has clearly suffered for far too long, and that I with my power and my influence and my privilege want to do something meaningful to start to show a change. To make a better world for Olympia.”

Serena shared how proud she was of Alexis for stepping down from his position just a few days ago.

Watch their open discussion below: