Secret Base reviews: AND1 Streetball: The Video Game 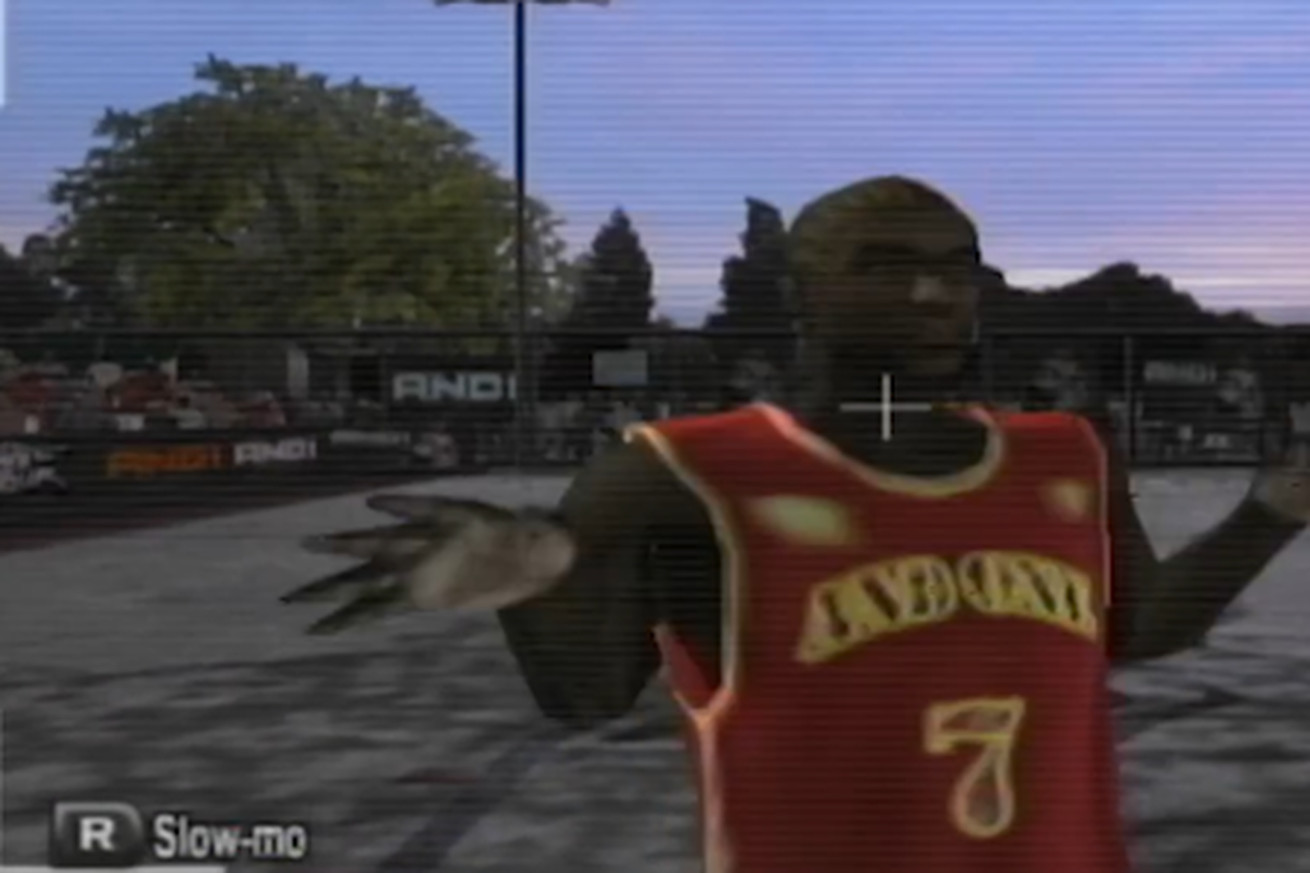 It got mediocre reviews when it launched in 2006. They were wrong.

As a kid without cable, I missed out on a lot of great TV, including ESPN”;s late-night show about AND1, the streetball pro circuit. My friends wouldn”;t stop talking to me about it, and I couldn”;t blame them. Electrifying moves and dazzling dunks? That sounded amazing, and not being able to watch made the show seem even more magical.

So when I saw the AND1 video game I knew I had to get it. I mowed two lawns to earn enough money to buy the game. As soon as I started playing I was hooked. It was the first time I had been exposed to the wonderful world of authentic streetball. I had played the NBA Street and NBA Ballers games before, but that was different. The NBA wasn”;t involved in this game.

Why am I talking about the AND1 video game and not Street Hoops, the game that came out before it? Because I never played Street Hoops as a kid.

I recently looked up the official reviews of the AND1 video game, and they were … unpleasant. IGN gave it a 4.1/10, saying “;This is easily one of the weakest basketball games to have come out in a while, primarily thanks to its idiotic control scheme”;. Gamespot gave it a 4.7, saying “;You”;ll probably get more entertainment value out of the latest And1 Mixtape DVD than you will out of the And1 Streetball game.”;

I”;m shocked that it was received with such negativity, because for me the game is a low key classic. So I”;m going to explain why AND1 is one of my favorite sports games of all time and why the reviewers completely missed the point.

The intro was incredible

The intro video sets the perfect tone. This game wasn”;t about out-scoring your opponent. Fuck that. AND1 was about finding out the coolest combination of moves you could pull off. How many ankles could you break? How many self-alley oops you can pull off until your friend gives up and asks to play something else?

Yes there was a scoreboard, but the real winner was the person that did the coolest shit. If you ever referenced the scoreboard, you are an undercover cop. Congrats!

The controls were set up for creativity

AND1 had a gameplay dilemma.

Streetballers have so many special and specific basketball moves. How were they going to fit all these dribble moves onto a controller? What AND1 did was add a shit-ton of dribbling animations and separated them into levels of moves. How you moved the left and right thumbsticks in combination with the right trigger would directly affect what move you did. Sure it was hard to follow what combination did what, but it gave you the opportunity to put your favorite ones to memory and develop your own personal arsenal of moves.

What makes this even more fascinating was basketball video games”; complicated relationship with the right analog stick at the time. It”;s all figured out now, but back then that shit was a work in progress. In Street Hoops, the right thumbstick was for directional passing. In some NBA Live and March Madness games the right thumbstick was used for dribble moves. NBA Street Vol. 2 used it as some sort of off-ball player control mechanism. Basically, the buttons were the main focus and the right thumbstick was a “;what other cool shit can we add?”; control. 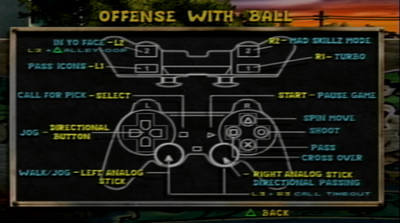 AND1 had to choose between designating the streetball moves to the buttons or the thumbstick. They chose both. I”;m going to try to explain the system the best way that I can.

Welcome to “;I Ball”; controls.

I Ball control is a three level tier system that separates each move by how difficult they are to pull off. A simple Level 1 move was considered a setup for the higher level moves but you could button mash (square or X) all day if you wanted to.

In addition to anklebreaker moves, you also had these things called “;Breakdown Moves”; which on the surface, look like knockoff GameBreaker moves. You were only able to use these after you had successfully pulled off enough Level 1 and Level 2 moves. AND1 had a few basic Breakdown Moves templates, but you could also create your own custom moves by piling together two showboat moves, a finish and a celebration/taunt at the end.

This made pulling off your own creations even more satisfying. While “;Breakdown Moves”; seem unstoppable at first, you were able to block them with the right timing and personnel.

What this gameplay gave us was the solid foundation for a streetball game that had more wrinkles than the game originally seems to have.

Let”;s take a look at the main game mode, shall we?

Story Mode: Welcome to the AND1 Mixtape Tour 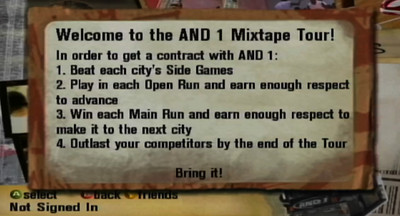 AND 1″;s story mode isn”;t complicated and actually sounds pretty realistic. You create a-baller and start from the bottom and work your way into the AND1 circuit. See the guy in the image at the top of this article? That”;s my character K-Time, who goes by the name “;Sir Dunks-A-Lot”;.

As you complete different achievements and whatnot, you would be able to unlock signature moves, and clothing as well as improve your attributes. What”;s dope is that the player you created would be available in other game modes. When you finish the story mode, you would end up with a fully-maxed out player. In theory, if you beat the story mode five times you had the opportunity of creating a full squad of 100 overall streetballers. 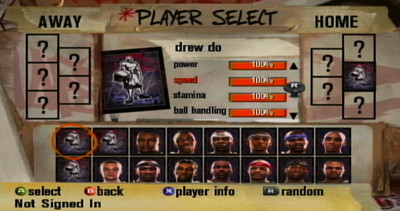 I only got to three before my disk froze, but I still think it”;s possible. An underrated part about the tour mode is that the levels would come with cutscenes. They didn”;t have to do this, but they did it for us.

The Mixtape Tour has two game types. There”;s “;Open run”; which is like the main story mode, but they also pepper us with some side games which includes some halfcourt basketball. 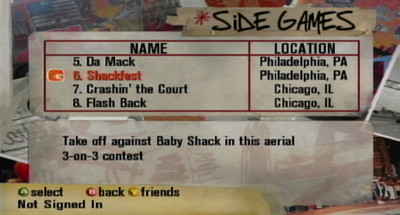 Beyond just trying to win, each level had side objectives within them that you would be asked to attain. Sometimes the game would ask you to block 2 shots, or win by 7. This way you had something else to aim for in a game where scoring and defense aren”;t the most exciting elements in the game. 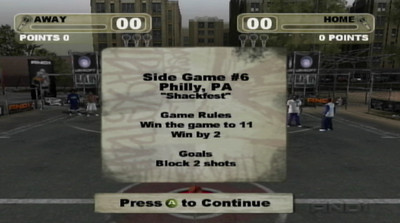 Hitting those goals would net you some in-game cash, and you can use your earnings to improve your player”;s attributes to a point where they become an absolute god on the court. So yeah, you could just play to win and be boring or you could grind the game and become the greatest streetballer to ever do it. Your choice.

The bonus features in this game were so freaking sick to me growing up. They featured a behind the scenes look at the game and the league. You could go to specific streetballers and they”;d have their own little mixtape of their best highlights.

Just another thing to show you that the moves in the game were real. THIS IS WHAT THEY DID MAN AND IT WAS LIT.

What makes this game stand out even more over time is the fact that this is the only AND1 video game we got. There weren”;t any sequels to dilute the gameplay, storyline or brand. The game is what we got, and it”;s honestly good enough to make me break out the old XBOX and run it back for this review. Every sport should have sandbox style options and this level of customization. Not just because it makes my job with Fumble Dimension easier, but because it makes us keep wanting to play the game years after we beat the story mode and unlock everything.

AND1 gave us a deep deck of dribble moves, the option to create your own streetballer, the abundance of court options and much more. For a 2006 sports game, this shit had a ton of replay value, which is the highest compliment I have for a sports game. Especially now when sports games think new content is just adjusting the ratings for a player ever-so-slightly and putting it in a random card pack.

Was this game perfect? Not even close. Defense was an absolute chore: all you could do was button mash the steal button and hope to not get your ankles broken. Since out of bounds and fouls didn”;t exist sometimes you would find yourself shooting layups from behind the backboard due to some animation bug. Off ball movement wasn”;t perfect and…; you see how weird I sound critiquing a fun-as-hell streetball game? Of course the game wasn”;t going to be perfect. Once you start taking it on its own terms, you start to appreciate how all out Black Ops Entertainment, Gameloft and Ubisoft went with this.

The game was flawed, but the flaws didn”;t stop the game from being fun. And that”;s what matters.

The business challenges that make it hard to be an employer

Taraji P. Henson Gets Emotional While Talking About Mental Health During Pandemic