Ryan Reynolds’ Aviation Gin Bought by Diageo For A Huge Sum of Money! 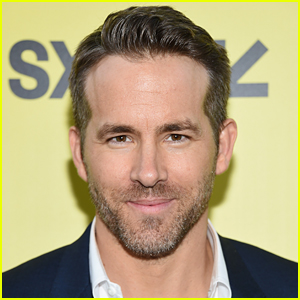 Ryan Reynolds just made an insane deal with Diageo, the world”;s largest spirits maker, for acquisition of his spirit brand, Aviation Gin.

The deal is an acquisition of both Aviation Gin LLC and Davos Brands LLC for a whopping $610 million!

Via a press release, Ryan will still retain an ongoing ownership interest in the company, via TheWrap.

“A little over two years ago, I became an owner of Aviation Gin because I love the taste of Aviation more than any other spirit,” the 43-year-old entertainer stated in the release about the sale. “What I didn”;t expect was the sheer creative joy learning a new industry would bring. Growing the brand with my company, Maximum Effort Marketing, has been among the most fulfilling projects I”;ve ever been involved with.”

He continued, “I want to thank Diageo for their incredible team and passion. We’re so excited for the next chapter of Aviation Gin, which, I promise, will require just as little reading.”

Entertainment Tonight also reports that when you try to reach Ryan through Aviation Gin, he has a funny out of office response.

“Thanks for your email. I am currently out of the office but will still be very hard at work selling Aviation Gin. For quite a long time, it seems,” it reads. “In related news, I just learned what an “;earn out”; is… And I’d like to take this opportunity to apologize to everyone I told to go f*** themselves in the last 24 hours. My lawyers just explained how long it takes to achieve an ‘earn out’… so… turns out I’m not as George Clooney as I thought. The point is, to those listed below, I’m sorry… and I’ll indeed be needing your help in the coming months and years. Thanks in advance!

Just a few years ago, Diageo paid $1 billion to acquire the Casamigos tequila brand, which was co-founded by George Clooney and Rande Gerber.

If you missed it, find out why Ryan is calling out young Canadian citizens…

Skilled Freelancers in the Top U.S. Cities Brought In $150 Billion in Earnings in 2019

Madonna Posts Bogus Viral Video About the ‘Truth’ of Coronavirus