Open schools are the exception, not the rule, around the world 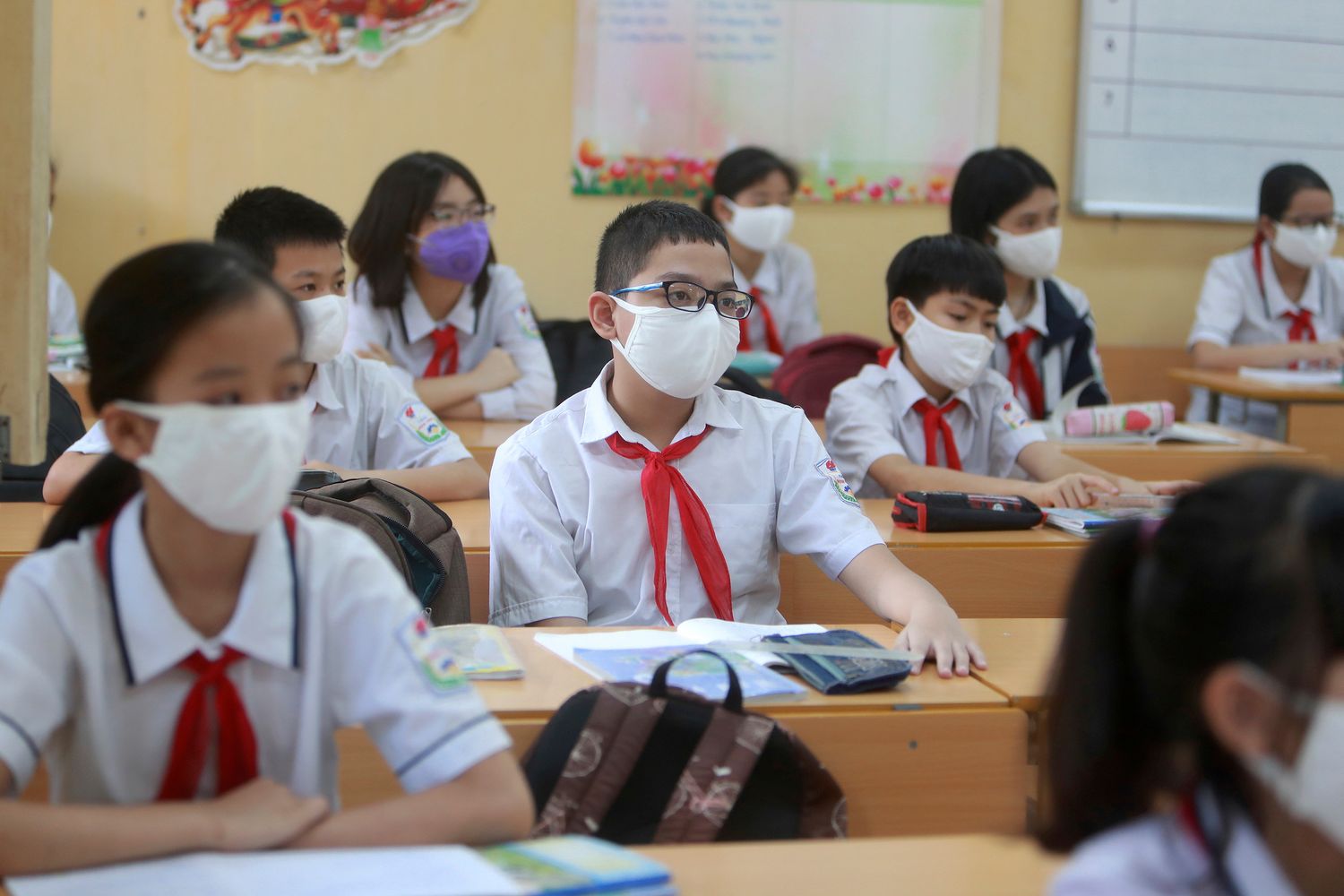 President Donald Trump often cites examples from Europe as evidence American schools can reopen in-person this fall despite Covid-19, but he fails to mention one thing: They are the exception, not the rule.

Only a few countries have opened schools nationwide in the manner the Trump administration is pushing. They include Norway, France and New Zealand, as well as Nicaragua, Taiwan and Vietnam. On the other hand, 143 countries have instituted country-wide closures.

“;This has become highly contextual,”; said David Barth, vice president for International Programs at Save the Children. “;We want kids back to school. It”;s achievable if you have standards, but do it wrong and you set an entire country back.”;

Countries with open schools tend to fall into two categories. Some took swift action against the pandemic in January to minimize disruption. Others were less proactive in the fight against Covid-19, the disease caused by the novel coronavirus, but they prioritized education in their recovery plan, coordinated by the top levels of government. The United States did neither.

That lumps the U.S. in the same ranks as most of the developing world, including large swathes of Africa, South America and Asia, that are keeping children home. According to data from UNICEF and UNESCO, less than one in 10 school students around the world are enjoying regular in-person teaching. Most of those countries, however, have far fewer health and economic resources to get kids back in classrooms.

The consequences for a generation of children could be immense.

In press conferences and on Twitter, Trump has often cited Germany, Denmark, Norway and Sweden as examples of countries with in-person teaching and “;no problems.”;

Those countries, however, have taken a vastly different approach to the pandemic than the U.S.

Norwegian Prime Minister Erna Solberg told POLITICO in June that Norway”;s mandatory contact tracing of confirmed coronavirus cases helped it judge when to safely reopen its schools. In fact, the data collected by the government”;s contract tracing was so extensive that the Norwegian Data Protection Authority temporarily banned it in June. In Scandinavia, it”;s also common for spring and summer classes to be conducted outdoors –; something that”;s harder to achieve in Arizona than in Stockholm.

Yet even European countries with warmer climates –; like Italy, which plans to open schools September 14 –; are focusing on the outdoor lessons that the World Health Organization recommended in their safety plans, including more trips to venues like amphitheaters, stadiums, parks and the country’s many open-air museums.

Each of these European countries provide universal health care and have a nationwide pandemic plan. To the extent that decisions are delegated to local levels, as they are in Germany, there is national coordination.

Teacher unions have typically been involved in planning school reopenings in Europe, which is critical, since teachers are the most viable enforcers of new safety rules. “;There’s a great deal of trust in authorities because we know that we can always sit down and talk about things,”; Dorte Lange of the Danish Union of Teachers said.

Health data also shows European countries have done a more effective job than the U.S. of ratcheting down the spread of the coronavirus among their populations. In 18 of the 27 EU member countries, no deaths were recorded on July 27.

A number of Asian countries also held down death rates, thanks to swift action against the coronavirus in January, which helped them reopen schools this spring –; or never shut them down in the first place.

In Vietnam, schools closed in late January and remained closed until May, when all 43,966 schools nationwide had implemented UNICEF-backed safety protocols, including wearing masks, temperature checks, hand-washing, distancing in classrooms and food hygiene measures. Vietnam says it has not recorded a single Covid-19 death among a population of 100 million.

New Zealand and Australian schools closed as part of severe lockdowns starting in March, helping those countries to virtually eliminate the virus by May. Even in Melbourne, Australia –; which is now subject to a second six-week lockdown –; most schools remain open.

Whatever the plan, it takes time to get back into the classroom. The World Health Organization recommends an onerous 54-point checklist. That level of adjustment means that even in rich countries, the potential for missteps is high. South Korea delayed reopening five times.

Most countries that have successfully sent children back to school opted to stagger reopening, starting with the youngest children first. Israel did not, becoming a case study in how not to reopen.

Israeli schools reopened in May, not with the under-9s as originally planned, but with all ages together. When a heat wave swelled temperatures to over 100 degrees Fahrenheit, mask requirements were dropped. Outbreaks followed quickly, causing a new shutdown.

Based on UNESCO and Israeli government data, around 26,000 of Israel”;s roughly 120,000 teachers are positive for the coronavirus or in isolation. Siegal Sadetzki, Israel”;s top health official, resigned, claiming her advice had been ignored. 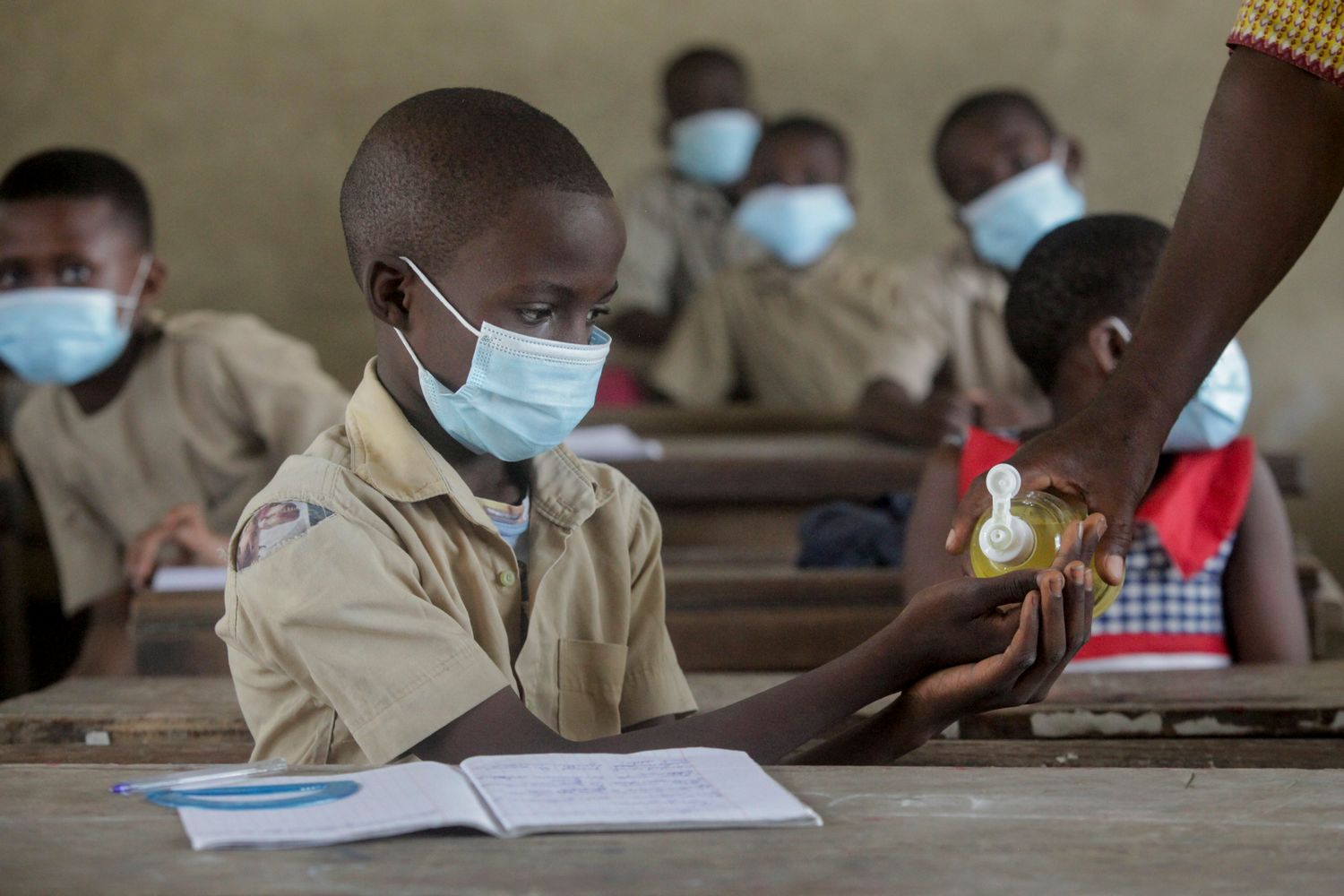 For developing countries, the challenges are compounded by a lack of basic health and financial support. Reopening schools safely poses particular problems places where reliably clean water supplies for hand washing are not a given and the cost of daily face masks and other protective equipment would break existing education budgets.

Even before the pandemic hit, it was a struggle getting children into classrooms in many countries. UNESCO estimates 258 million children were already out of school, a number that is set to rise.

David Barth of Save the Children says the problems of long-term school closures extend well beyond learning loss. “;Tens of millions will never go back to school,”; Barth said.

Save the Children considers children in West and Central Africa, Yemen and Afghanistan at the highest risk of not returning to school –; especially girls. For the families of many girls, it”;s easier, financially, to hand them off to husbands than to feed and educate them during a prolonged recession. During the Ebola crisis starting in 2014, schools closed for months in Liberia and Sierra Leone. Many female students did come back to school, but teen pregnancy rates spiked by 65 percent.

Countries that recorded low school attendance before Covid-19 forced school closures also lack the resources to deliver hybrid and online learning equitably. In parallel, families that have lost jobs and income due to Covid-19 now face pressure send their children to work or even into early marriage.

For decades, child labor rates have declined, and school participation rates have increased, but that may be ending thanks to Covid-19. In Kenya, children forced to stay home find themselves working every day on family farms, and fewer get enough nutritious food without school meals, Al Jazeera reported. Before Covid-19 school closures, 350 million children depended on school meals to avoid malnutrition.

Child labor was outlawed in Nigeria only in 2003, but NGOs say it remains a widespread practice in poor and rural communities. The U.S. Department of Labor estimated that in 2018 around 30 percent of Nigerian 5- to 14-year-olds are working.

Remote and indigenous communities also face new challenges. James Cook, a teacher at the Doomadgee State School in Queensland, Australia, where the majority of students are Indigenous Australians, said Facebook was the main communication channel when his school closed earlier in the year. Students without a computer can still access the social network on their parents’ phones, Cook said, and teachers filmed “;mini lessons”; on their phones to help students keep learning from home, sometimes in remote settings rather than in urban communities.

Barth said he is particularly worried about economic collapse in countries like Lebanon and Iraq, where he said it is likely governments will “;cannibalize public education”; to fund public health, reducing quality for those who do eventually return to school.

The United States does not face the same economic choices, but funding is a political flash point. In Connecticut, the Cornwall school district spends three times the amount per student as the poorest districts, Danbury and New Britain, a difference of around $27,000 per student per year, according to the nonpartisan School + State Finance Project. Nearly all of that is driven by local taxes.

In the absence of both federal funding and a national strategy for virus control, poorer schools have been left facing federal pressure to reopen without commensurate assistance.

The Trump administration, moreover, has not worked with teachers unions the way European governments have. Over the past month, it has openly sparred with them.

The American Federation of Teachers called Tuesday for “;safety strikes”; as “;a last resort”; if negotiations over reopening schools don’t meet demands for keeping educators healthy and safe amid the pandemic. Federation President Randi Weingarten is asking for $116.5 billion from Congress for equipment upgrades to prevent the virus’s spread.

“;You can tell a country”;s values by looking at its budget," Weingarten told POLITICO. "Most of the rest of the world agreed months ago that reducing community spread and investing to reopen schools safely was a priority.”;

Trump officials underscore that the risk of school-age children transmitting the coronavirus is low, an argument backed up by epidemiologists like Mark Woolhouse, a member of the U.K. government”;s pandemic advisory committee, who says there is no recorded case worldwide of a teacher catching the coronavirus from a pupil.

That”;s not enough to convince American teachers like Dwayne Reed. Reed, a fourth and fifth grade teacher in Chicago”;s public school system, said in an interview that when it comes to plans for school in the fall, “;the stress and anxiety is overwhelming.”;

In Chicago, “;they”;re trying to have us come back with a pod of 15 students,”; Reed said, similar to Denmark, which groups 12 students with a single teacher. But for Reed, the European context is not comparable. He says that in his 900 square foot classrooms, real social distancing among 30 students will not be possible.

“;The President and [Education Secretary] Betsy DeVos are misusing those (European) examples,”; Reed said. “;In those countries there is a “;we”;re in this together”; mindset. But here in America, it”;s so divided over personal convenience and freedom. We”;re so individualistic, we aren”;t willing to do what it takes for the sake of other people”;s lives.”;

After 3 Divisive Elections, Israel Finally Swears in a New Government

ICYMI: Immigrants in ICE detention and outside face unique challenges during the pandemic

Kobach and Clay go down: Takeaways from a big primary night