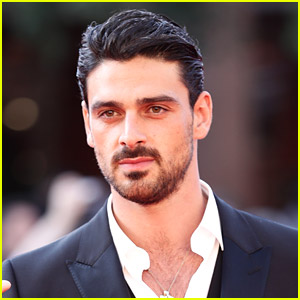 Michele Morrone is one of the breakout stars from the new movie 365 DNI (365 Days), which has become a global phenomenon on Netflix over the past week.

The 29-year-old actor plays a mafia boss named Massimo who has a near-death experience and sees the image of a young woman (Anna Maria Sieklucka) while he”;s close to dying. Years later, he runs into that woman by chance, kidnaps her, and gives her 365 days to fall in love with him.

Want to know more about Michele? We have you covered here:

1. Not only is Michele an actor, he is also a singer! He has several songs that are featured in the movie 365 DNI. (If you watch the movie with subtitles on, it will tell you when he’s singing!)
2. Michele was previously married to fashion designer Rouba Saadeh, but they have since gotten a divorce.
3. He is a dad! Michele has two kids from his marriage – sons Marcud and Brado.
4. Michele is still relatively new to the acting scene. 365 DNI is only his third feature-length movie, according to his IMDb page.
5. He was born in Italy, just like his 365 DNI character Massimo.

6. Michele is bilingual – he speaks both Italian and English. In fact, his music is recorded in English!
7. He is an artist and has a whole “highlights” section on his Instagram Stories dedicated to the artwork he has created.
8. Michele has been open about going through depression following the divorce from his wife.
9. After his divorce, Michele said he had no money and took on work as a gardener. He said, “I found work as a gardener in a remote village of 1000 inhabitants because I had no more money in my pocket. But life is strange, when you’re down destiny puts the right train in front of you and if you’re strong you can take it. Always believe in yourself… ALWAYS.”
10. His music is available to stream now on Spotify and Amazon!

365 DNI is streaming now on Netflix!