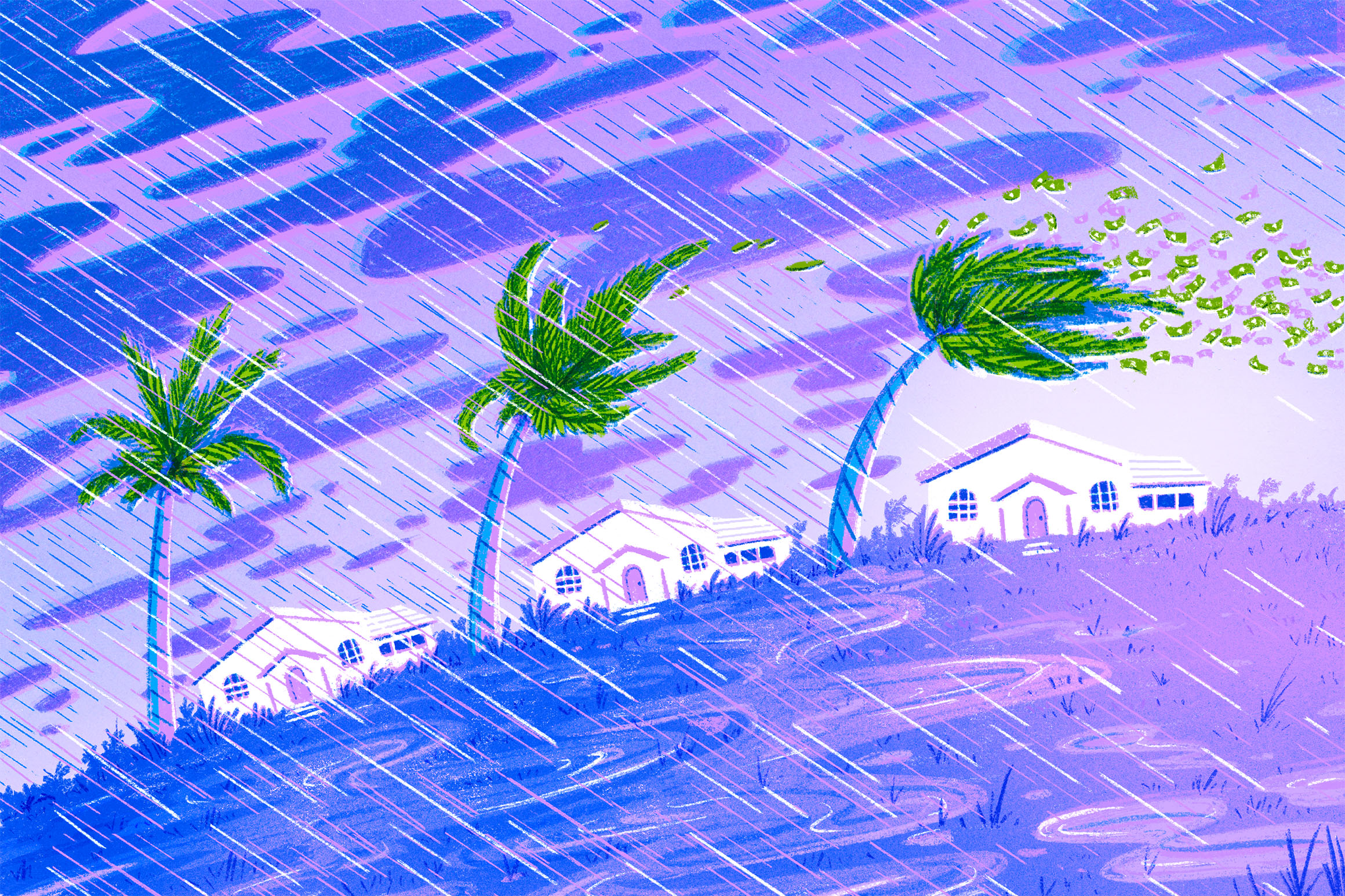 The towns and cities dotting the Mississippi River have been a commercial spine of the American heartland for years, and for just as long have had to reckon with the sometimes violent ups and downs of the weather. In the past decade, however, they”;ve been walloped by an unprecedented run of disasters. There were record droughts in 2012, which caused $35 billion in losses in the upper Midwest by curbing shipping and farm production, and record floods in 2019, which caused $6.2 billion in damage. In that time, they”;ve also been hit by several hurricanes and periodic smaller droughts.

In theory, the federal government is supposed to step in after natural disasters and help municipal governments rebuild. But increasingly, the disaster relief checks aren”;t arriving from Washington. Because of the sheer damage and number of storms, and the increasing frequency of floods that spark new spending requests, the federal bureaucracy is overwhelmed and an ever-polarized Congress less agile about responding. Some towns can”;t afford to rebuild without those checks–;so they don”;t.

Consider what happened last year in Davenport, Iowa. When a spring flood hit, emergency responders saved the Quad Cities regional water treatment plant, preventing a massive rainfall from overrunning the facility. But the victory was Pyrrhic. Had the deluge actually busted the plant, destroying nearby property and spoiling the water supply for nearly 170,000 people, the city would have qualified for cash from the Federal Emergency Management Agency. But because it was saved, they got nothing, because FEMA aid doesn”;t cover structural maintenance. Now they”;re left with a badly damaged facility desperate for repairs, and little money to do it. 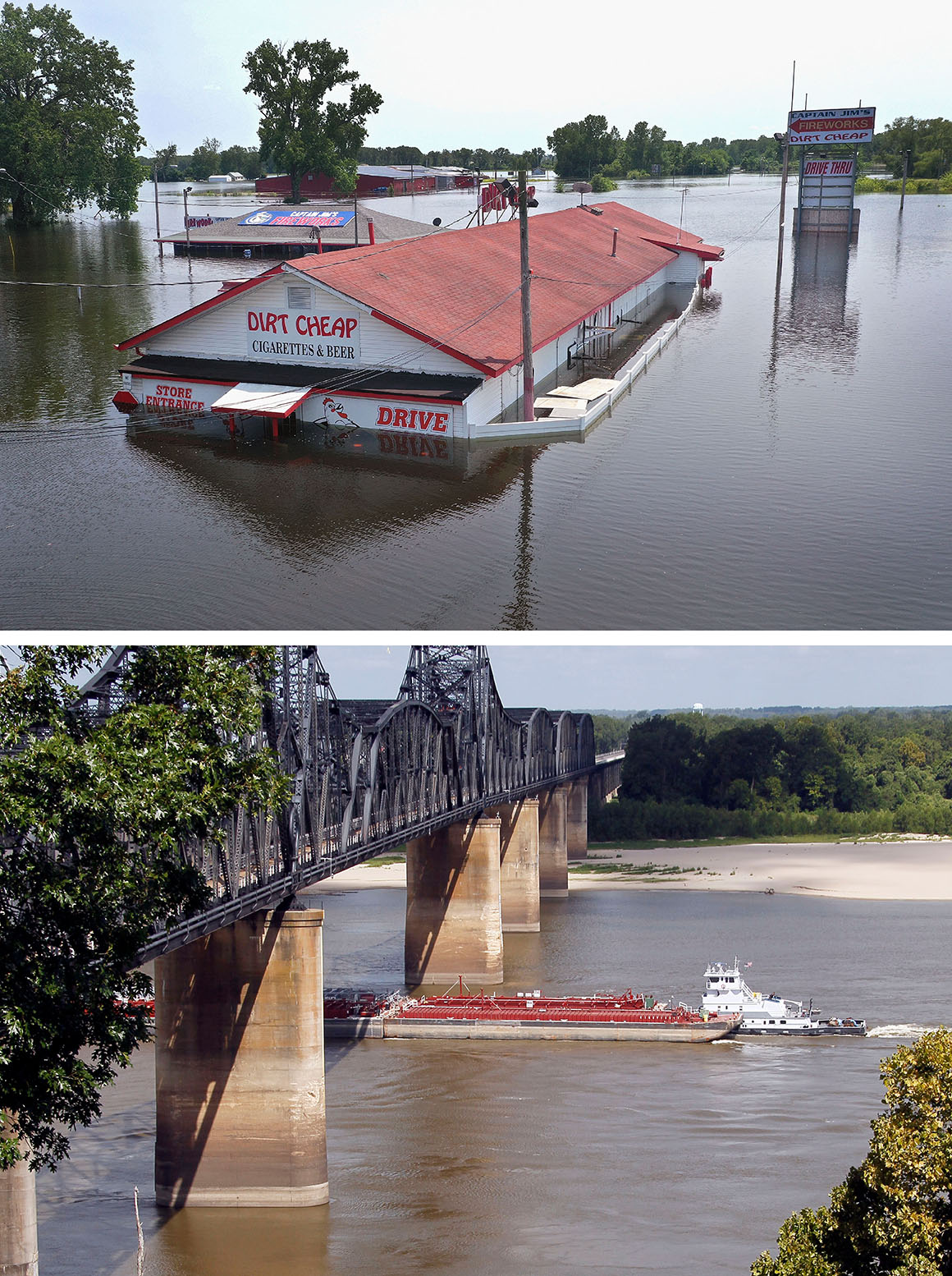 “;You’ll see examples of that up and down the river,”; said Colin Wellenkamp, executive director of the Mississippi River Cities and Towns Initiative, which works with governments along the river. “;FEMA comes in and says, “;Yeah, it looks good. You saved your town. Congratulations. Peace out.”;”;

As the rate of climate change-related disasters accelerates, cities and states across the country are coming to the conclusion that they need to add private insurance–;big civic policies that can make up for the times Washington”;s aid is too slow, too small or simply never arrives.

One solution is a kind of municipal insurance called a “;parametric policy,”; explicitly designed to pay out quickly according to metrics agreed upon in advance by the insurer and municipal government. So if a storm”;s wind speeds hit a certain threshold, a hurricane develops into a Category 3 or higher, soil moisture falls to dire levels or rainfall accumulates to a dangerous degree, the cities can skip the claims and inspection process; the insurer just writes the check. And if it doesn”;t hit those numbers, the damage isn”;t covered. Communities in all of the 10 states along the Mississippi are considering taking out parametric insurance policies.

This type of insurance, pioneered in developing countries, promises a measure of certainty for governments looking to protect themselves from financial ruin wrought by long-tail risks–;the calamities officials fear but hope won”;t happen on their watch. As those policies have gotten more popular, they”;ve started to run into serious questions–;like whether the companies are making fair calculations, whether towns are getting a fair return on their premiums, and whether the policies”; existence allows governments to punt on harder decisions about where people live and businesses operate in the first place.

Since those premiums are being paid in tax dollars, pursuing the coverage has its own political costs; citizens are questioning why their leaders, mayors and county executives are spending public money on insurance they may deem unnecessary.

Parametric insurance was created for precisely this problem–;big, unpredictable waves of damage that need to be covered by civic governments. But the political and fairness questions that are arising illustrate the difficulty of coming to any kind of fair way to cover the massive damage that climate can cause.

Though newer to the U.S., parametric policies have existed since the late 1990s. Those covering countries against natural disasters sprouted not long after, with many crafted by the World Bank and others for emerging economies whose lifeblood–;agriculture, tourism, other commodities–;depends heavily on climate factors.

“;I don”;t want to call them niche, but they”;re certainly not mainstream,”; said Kathy Baughman McLeod, senior vice president at the Atlantic Council and director of its Adrienne Arsht Rockefeller Foundation Resilience Center. 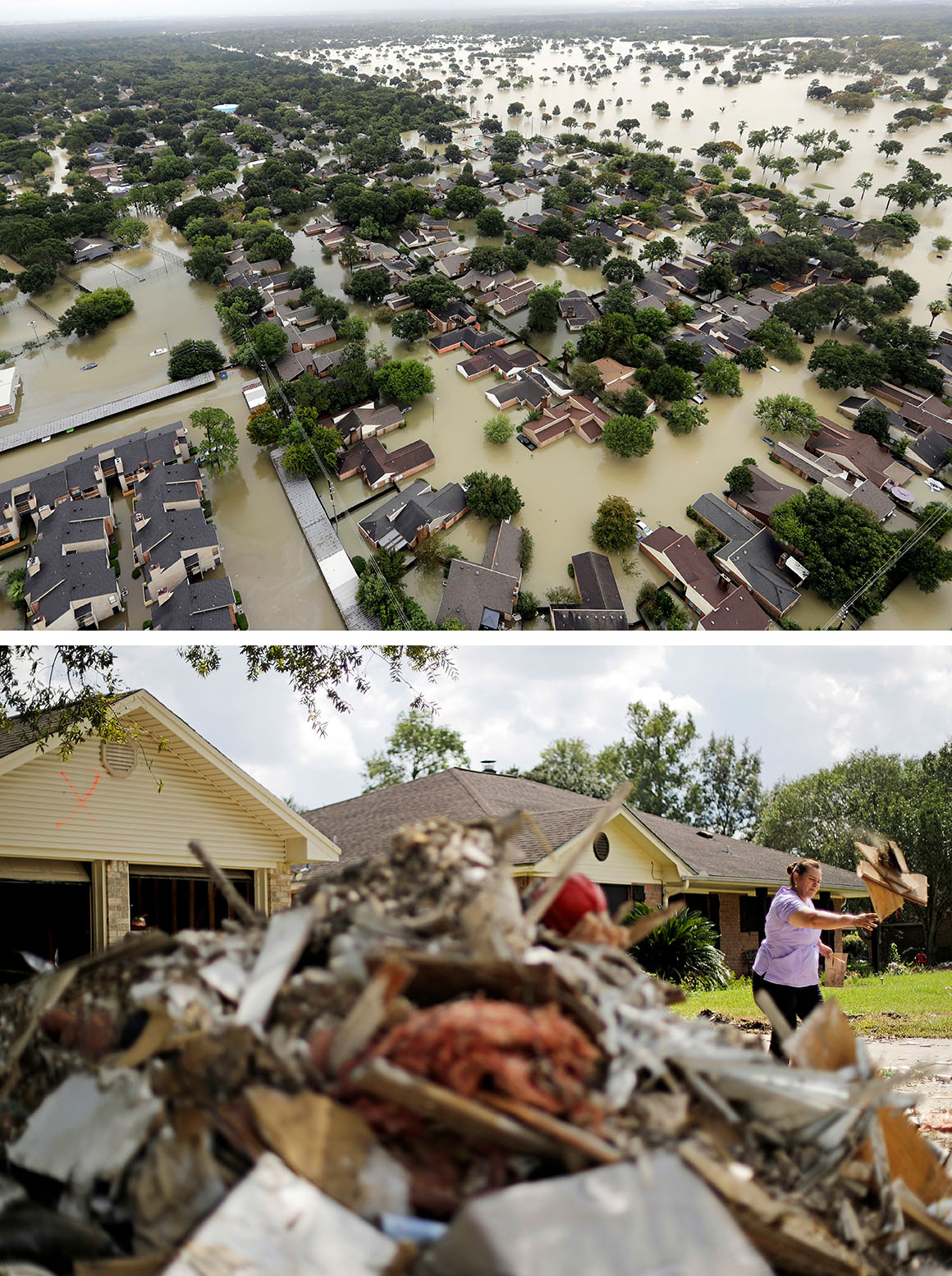 Here”;s how it works in its ideal form: Governments use public dollars to leverage a comparably smaller premium relative to the cost of self-financing disaster recovery for a substantially larger payout when the catastrophic event or certain conditions occur. FEMA”;s National Flood Insurance Program is an example: It turned a $150 million premium of private market reinsurance into a $1 billion payout in 2017 when claims to the insolvent program surpassed a certain level after Hurricane Harvey, ultimately saving taxpayer dollars.

Proponents say these policies are faster and far more efficient–;with cash arriving within days or weeks because assessors aren”;t required to prove damages. In one famous example, Haiti, whose government was part of the multi-country Caribbean Catastrophe Risk Insurance Facility set up by the World Bank with reinsurer MunichRe and insurance broker Benfield, received payments just days after a 2010 earthquake leveled swaths of the Caribbean nation. The money can also be used to cover expenses FEMA doesn”;t, such as replacing lost revenues–;common when disasters flatten economies–;or structural repairs, like that water treatment plant.

“;There’s just increasing concern about what kind of future disaster world we’re going to be facing, and that’s driven attention and how we finance these events because losses are just going up,”; said Carolyn Kousky, executive director of the Wharton Risk Management and Decision Processes Center at the University of Pennsylvania. “;It’s getting sort of unsustainable for the public sector to be paying for all of this.”;

As these policies have grown, so have critics, who say governments are at an information disadvantage when negotiating with insurers over terms, that the parameters can be set to benefit the insurer. As a result, losses can pile up without triggering coverage. What”;s more, taking out insurance can encourage elected officials to avoid making adjustments to keep property and people out of harm”;s way in the first place.

Private insurance is not a cure-all for climate-linked disasters that, according to the National Oceanic and Atmospheric Administration, have tallied $1.16 trillion in damages over the past 15 years.

One argument is the familiar one about disaster insurance: moral hazard. Some activists and risk managers worry that officials with good insurance might delay difficult, structural shifts to keep people protected from climate change. 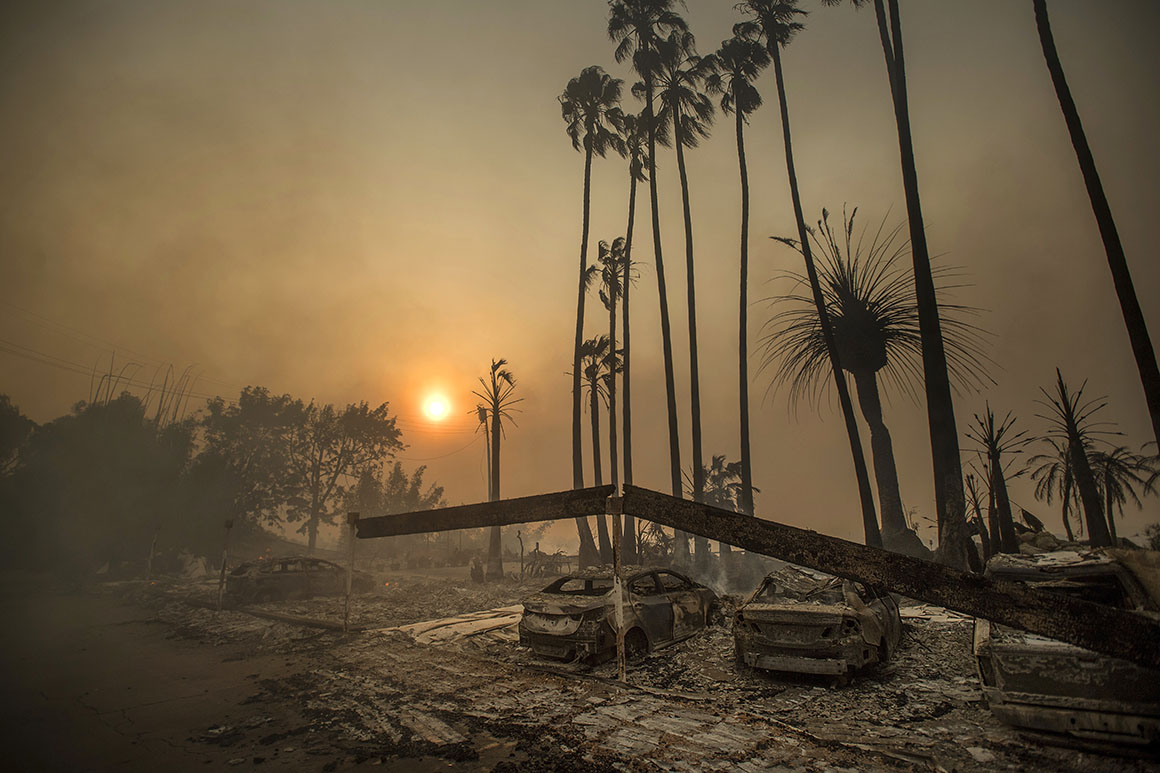 Parametric policies offer a false sense that rebuilding in the same areas will continue to be an option, said Rachel Cleetus, climate and energy policy director with the Union of Concerned Scientists. Local governments in search of property tax revenue must reconsider how they encourage development near shorelines and wildfire-prone wilderness, as areas that suffer repeated blows will find the bottom falling out of their markets, she said. So, while parametric policies might present a short-term tool for funding recoveries, those payouts need to be combined with better land-use decisions.

“;The risk is going to start getting uninsurable in some places,”; she said.

Governments might also pay for ineffective coverage, said Jonathan Gale, chief underwriting officer for reinsurance with AXA XL, which offers parametric policies. Unlike more traditional insurance, there remains a potential for damaging, costly events that fail to meet payout triggers. This “;basis risk”; is greater with parametric products than conventional indemnity insurance in which assessors evaluate damage before approving claims.

“;All these schemes, they just scream casino economy and seem like very small-bore attempts to solve a much bigger problem,”; said Ross Hammond, senior strategist with Sunrise, who argued that states and cities seeking such policies should condition their purchase on insurers dropping financial support of fossil fuels that drive climate change. 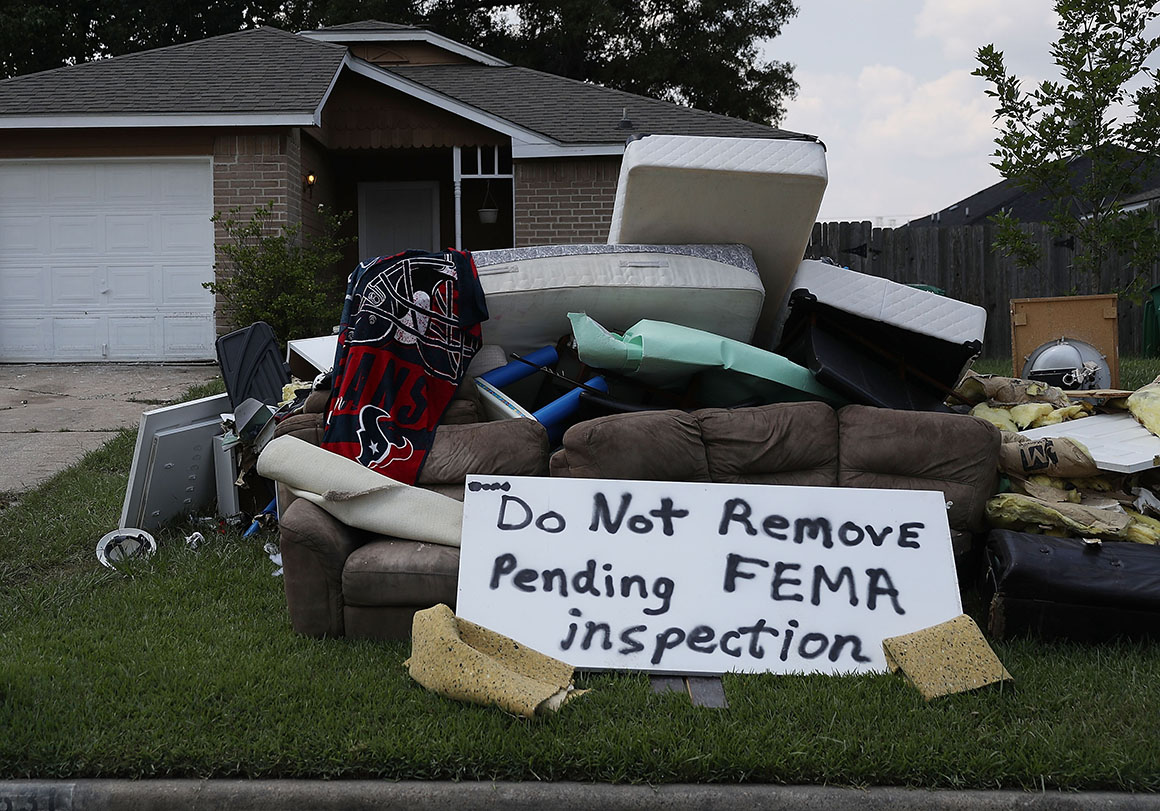 But disasters are expensive, so that means parametric insurance is, too–;many expect increasingly volatile insurance premiums as the industry reassesses its own exposure to climate change. To keep costs manageable, some towns and cities are banding together into insurance pools, similar to the way health insurance works, to spread costs more evenly. California is exploring that approach as part of a climate change working group its insurance commissioner convened. And in an innovative approach along the Mississippi River, the United Nations stepped in to bring towns, reinsurance companies and the transportation, tourism, agriculture and commodities businesses that depend on the river together to negotiate a shared plan.

If the ideas some towns are discussing had been in place in 2019, Wellenkamp said, they would have paid out halfway through the year, given the historic flooding. Towns held back high water for months, the inundation so severe that soil liquefied and subsurface infrastructure shifted.

Opinion | The Folly of the Never Republicans

10 Facts About Health Care in Sweden