House sends massive infrastructure bill to the Senate, where it has no path forward 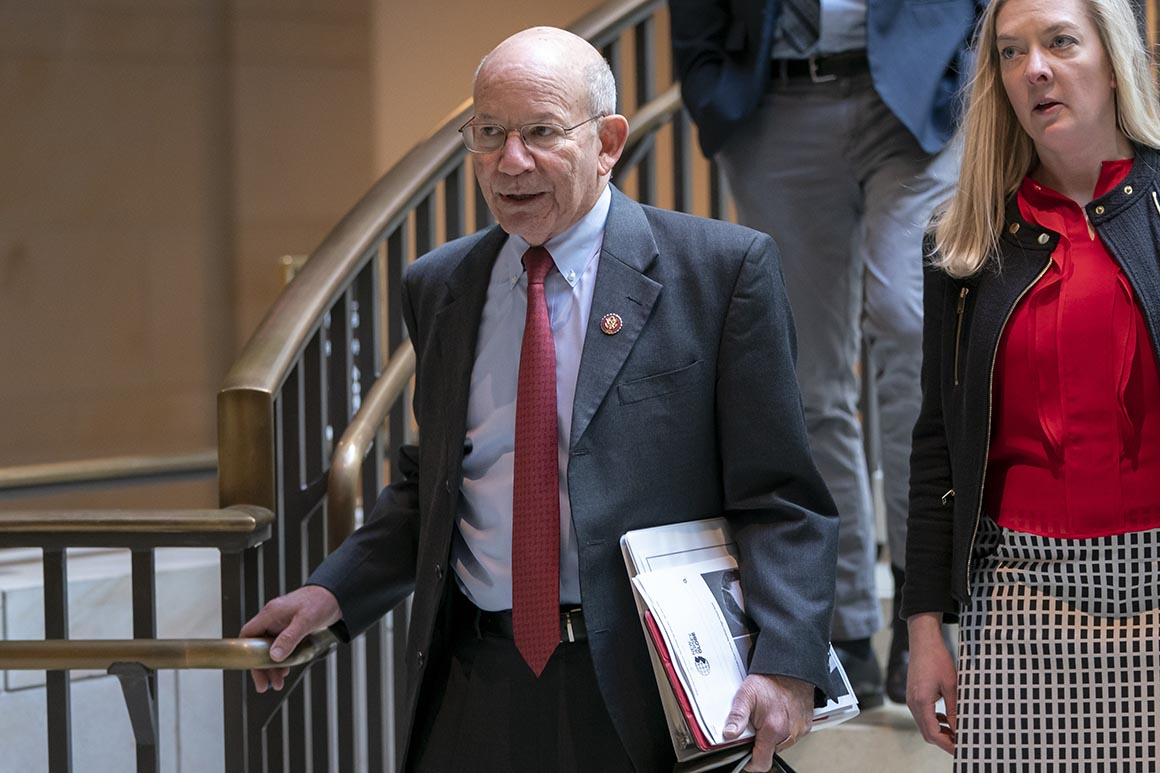 The House Wednesday passed a climate-friendly infrastructure bill with $1.5 trillion for everything from roads to broadband that has little chance of being signed into law as written, but is destined to play a starring role in rhetoric and talking points for both parties in the run-up to the presidential election.

House Republicans have seized relentlessly on the partisan process, saying their views were virtually ignored as the measure was put together. Senate Majority Leader Mitch McConnell on Wednesday morning ridiculed the bill, calling it "nonsense," "absurd," "pure fantasy" and vowing that it will die in the Senate. On top of that, the White House has indicated it would veto the bill.

Democrats, for their part, did not try to garner Republican involvement in crafting the bill because they said they were convinced that Republicans would not go along with the emissions reductions measures they wanted, which are sprinkled throughout the bill. For instance, the core of the bill –; a $494 billion reauthorization of surface transportation programs like roads and bridges –; poured drastically more money than usual into Democratic priorities such as trains, transit and electric vehicle charging infrastructure and de-emphasized building new roads.

The bill, which passed 233-188, is massive in its scope, including money for such varied Democratic priorities as schools, hospitals, housing, broadband, drinking water, storm water, the energy grid and vehicle safety.

Republicans derided the bill as a Democratic wish-list that was not “;designed to pass in divided government,”; as Oklahoma Republican Tom Cole said during earlier consideration of the bill.

House Transportation Committee Chair Peter DeFazio (D-Ore.) pointed to the alternative proposal committee Republicans had presented which, he said, included “;not one word, not one sentence, not one section, not one penny”; to address climate change. Transportation is the single biggest source of carbon emissions.

“;What we had was a disagreement in principle, and you can’t compromise on principles,”; said DeFazio on the House floor Tuesday. “;This bill is huge and transformative. And we need it.”;

Though the bill in its current form is not likely to go anywhere as long as Republicans hold the Senate, the core of the bill –; the transportation-specific functions –; are virtually guaranteed to survive, although the two chambers may not agree on what the final form will be until next year at the earliest.

Most traditional infrastructure allies among industry have aligned themselves with a Senate bill that limits itself to more traditional surface transportation programs, which will form the core of the Senate’s response. Shepherded by Senate Environment and Public Works Committee Chair Sen. John Barrasso (R-Wyo.), the bill was approved unanimously in committee nearly a year ago.

A slew of industry groups, which customarily “;applaud”; and “;commend”; Congress for just about any action taken on infrastructure, have specifically slammed the House bill. The Chamber of Commerce said it “;would move further away from real and meaningful investments in our failing infrastructure." The American Association of State Highway and Transportation Officials said it “;unnecessarily turns back the clock”; on Congress”; transportation work.

Barrasso chaired a hearing Wednesday about highway infrastructure aimed at reminding his fellow senators that they need to finish work on this bill he started. In addition to EPW”;s highway portion, the Banking Committee has jurisdiction over transit, the Commerce Committee has jurisdiction over rail and safety and the Finance Committee needs to figure out how to pay for it all –; a job that”;s become more complex since coronavirus started limiting travel and tanking gas tax receipts.

The House bill is paid for, in part, with $145 billion of deficit spending.