Halle Berry Gets Candid About Fighting With Bryan Singer While Working on ‘X-Men’: ‘Bryan Struggles’ 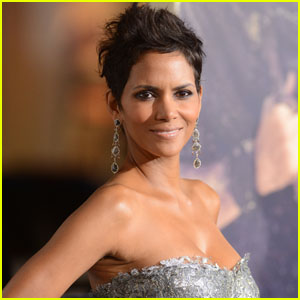 Halle Berry is on the cover of Variety‘s latest issue, out now.

On her experience working with Bryan Singer on X-Men: “;Bryan”;s not the easiest dude to work with. I mean, everybody”;s heard the stories –; I don”;t have to repeat them –; and heard of his challenges, and what he struggles with. I would sometimes be very angry with him. I got into a few fights with him, said a few cuss words out of sheer frustration. When I work, I”;m serious about that. And when that gets compromised, I get a little nutty. But at the same time, I have a lot of compassion for people who are struggling with whatever they”;re struggling with, and Bryan struggles.”;

On Catwoman: “The story didn’t feel quite right. I remember having that argument: “;Why can”;t Catwoman save the world like Batman and Superman do? Why is she just saving women from a face cream that cracks their face off?”; But I was just the actor for hire. I wasn”;t the director. I had very little say over that.”;

On a failed Bond spinoff for Berry’s character Jinx: “;It was very disappointing. It was ahead of its time. Nobody was ready to sink that kind of money into a Black female action star. They just weren”;t sure of its value. That”;s where we were then.”;

Another X-Men star came forward with their own experience of working with the director.

For more from Halle Berry, head to Variety.com.

Do You Suffer From Impostor Syndrome? You Are Not Alone