FDA ends emergency use of hydroxychloroquine for coronavirus 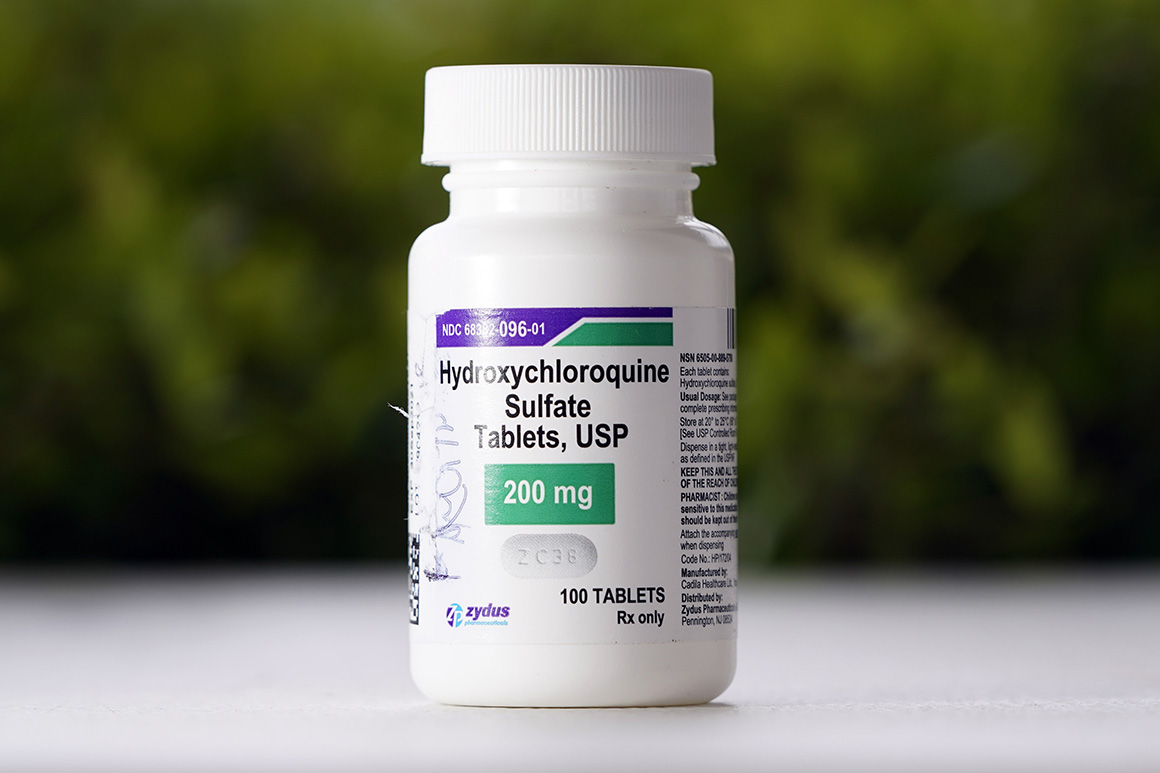 The Food and Drug Administration on Monday withdrew emergency use authorizations for two coronavirus treatments promoted by President Donald Trump despite concerns about their safety and effectiveness.

The agency revoked the authorizations for hydroxychloroquine and chloroquine after a request from Gary Disbrow, acting director of the Biomedical Advanced Research and Development Authority.

After reviewing new information from large clinical trials the agency now believes that the suggested dosing regimens "are unlikely to produce an antiviral effect," FDA chief scientist Denise Hinton said in a letter announcing the decision.

Critics have accused the agency of caving to political pressure when it authorized use of hydroxychloroquine and chloroquine in hospitalized Covid-19 patients in late March despite thin evidence. More recent randomized controlled trials have found the drugs do not benefit coronavirus patients, and doctors have reported that hydroxychloroquine can cause heart problems.

Because hydroxychloroquine is approved for other uses –; treating lupus and arthritis –; doctors could still use it "off label" to treat coronavirus patients, and clinical trials examining their use against Covid-19 can continue. The FDA noted that the version of chloroquine that had been authorized for emergency use is not approved in the U.S. so all use of that drug, donated by Bayer, will now end.

The administration”;s focus on the malaria medicines in the early months of the pandemic deepened a divide between the White House and its health agencies. Several administration officials told POLITICO they felt the drugs got outsized attention while FDA scrambled for solutions in March. Other current and former Health and Human Services officials later said that the emergency authorities and White House demands cast a shadow on FDA as it struggled to remain independent.

Rick Bright, the former BARDA director whom Disbrow replaced, has accused health officials of removing him from his role overseeing millions of dollars to develop treatments and vaccines because he raised health concerns about hydroxychloroquine and resisted its widespread use.

Drugmakers donated millions of the pill to the government”;s strategic national stockpile after Bright wrote to the FDA requesting for emergency use, a move he now says he was pressured to make.

In April, roughly a month after the FDA authorized emergency use of the drugs, the agency warned against using hydroxychloroquine outside of hospitals and clinical trials because of potentially fatal cardiac side effects. Trump toned down on mentions of the pills during his White House briefings around the same time, but in May told reporters he was taking a course of hydroxychloroquine after a White House aide was diagnosed with the coronavirus.

This month two randomized controlled trials, considered the gold standard for determining whether a drug is effective, concluded that the drug does not prevent coronavirus infection and did not help hospitalized patients.

Another study based on tens of thousands of patient records linked hydroxychloroquine to a higher risk of heart problems, but it was withdrawn after questions arose about the quality of the data it used. Doctors have anecdotally reported that the pills, especially when paired with antibiotic azithromycin, can cause heart problems like arrhythmia.

Though drugmakers have donated millions of pills to federal and state governments, it is not clear how many have even been used. Florida, for instance, is sitting on more than 980,000 unused doses from an April donation after just six hospitals put in requests for the drug.

Senate Democrats grilled FDA officials on the emergency use authorization during a Finance Committee hearing this month. Sen. Tammy Baldwin (D-Wisc.) later wrote to Commissioner Stephen Hahn demanding answers on the decision and reasons why it had not been revoked.