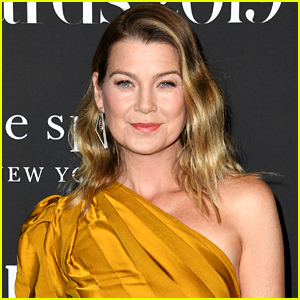 Ellen Pompeo is opening up about the reason behind her choice to stay on Grey’s Anatomy, while her co-stars have left the long-running ABC series.

The 50-year-old actress, who plays Dr. Meredith Grey on the show, spoke on Spotify’s Jemele Hill Is Unbothered podcast about her decision.

“For me, personally, a healthy home life was more important than career. I didn’t grow up with a particularly happy childhood. So the idea that I have this great husband and these three beautiful children [and] a happy home life was really something I needed to complete, to close the hole in my heart,” Ellen says. “And so I made a decision to make money, and not chase creative acting roles.”

She continued. “I don’t like chasing anything ever, and acting to me, in my experience, was a lot of chasing. You’ve got to chase roles, you’ve got to beg for roles, you’ve got to convince people … and although I produce and it’s the same kind of thing, I think I still do it from a place of, I’m never that thirsty because I’m financially set.”

Ellen also says that her age did sway her in her choice to stay on the show, too.

Ellen went on, “I knew coming up on 40, it’s like, I don’t want to be out there chasing things, running after things, begging. I’d rather just see this as the blessing that it is.”

It was revealed that Ellen is the highest paid women on primetime television, earning $575,000 per episode.

Last year, Ellen opened up further about her choice to stay on the series.

Is a Recession Really the Best Time to Start a Business?