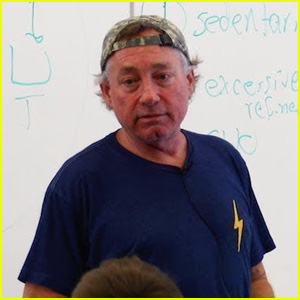 After posting a controversial tweet mocking both the pandemic and George Floyd protests, which prompted stars like SZA to call him out, a new report from Buzzfeed News on Tuesday (June 9) alleges that the 63-year-old CEO told his company that “we’re not mourning for George Floyd” on a private Zoom call wth gym owners.

“I don’t think me or any of my staff are,”; he said, according to a full recording of the meeting obtained by BuzzFeed News.

“;Can you tell me why I should mourn for him? Other than that it”;s the white thing to do –; other than that, give me another reason,”; he said in response to being asked by a Minneapolis gym owner why the brand hadn”;t posted a statement about the protests across the country.

“;I doubt very much that they”;re mourning for Floyd,”; he went on to say of protestors.

“;I don”;t think that there”;s a general mourning for Floyd in any community.”;

He also reportedly discussed unfounded conspiracy theories, including speculation that he was murdered to “silence him” due to a “baseless role in a criminal conspiracy involving counterfeit money.”

“;It’s very interesting that George gets popped with counterfeits and who comes but the head of security from the dance club? Watch: this thing’s going to turn into first-degree murder…that’s what it’s going to turn into. And it’s going to be because I’m predicting this –; we have friends in the FBI in your neighborhood and they’re of the view that this was first-degree murder and it was to silence him over the counterfeit money. That’s the belief. That’s what the cops think,” he said during the call, according to the report.

After receiving backlash for his tweet, he issued this apology: “I, CrossFit HQ, and the CrossFit community will not stand for racism. I made a mistake by the words I chose yesterday. My heart is deeply saddened by the pain it has caused. It was a mistake, not racist but a mistake. Floyd is a hero in the black community and not just a victim. I should have been sensitive to that and wasn’t. I apologize for that. I was trying to stick it to the @IHME_UWfor their invalidated models resulting in needless, economy-wrecking, life-wrecking lockdown and when I saw they were announcing modeling a solution to our racial crisis, I was incredulous, angry, and overly emotional. Involving George Floyd’s name in that effort was wrong. It”;s our hope that his murder catalyzes real change resulting in a level playing field for our black brothers and sisters.Please hear me when I say, we stand by our community to fight for justice. I care about you, our community, and I am here for you.”

For the full report on the Zoom call, head to Buzzfeed News.

.@CrossFitCEO: "I, CrossFit HQ, and the CrossFit community will not stand for racism. I made a mistake by the words I chose yesterday.

My heart is deeply saddened by the pain it has caused. It was a mistake, not racist but a mistake.

How to choose a retirement plan: 3 features employees love