California is the world’s tech capital, but state computers are failing residents 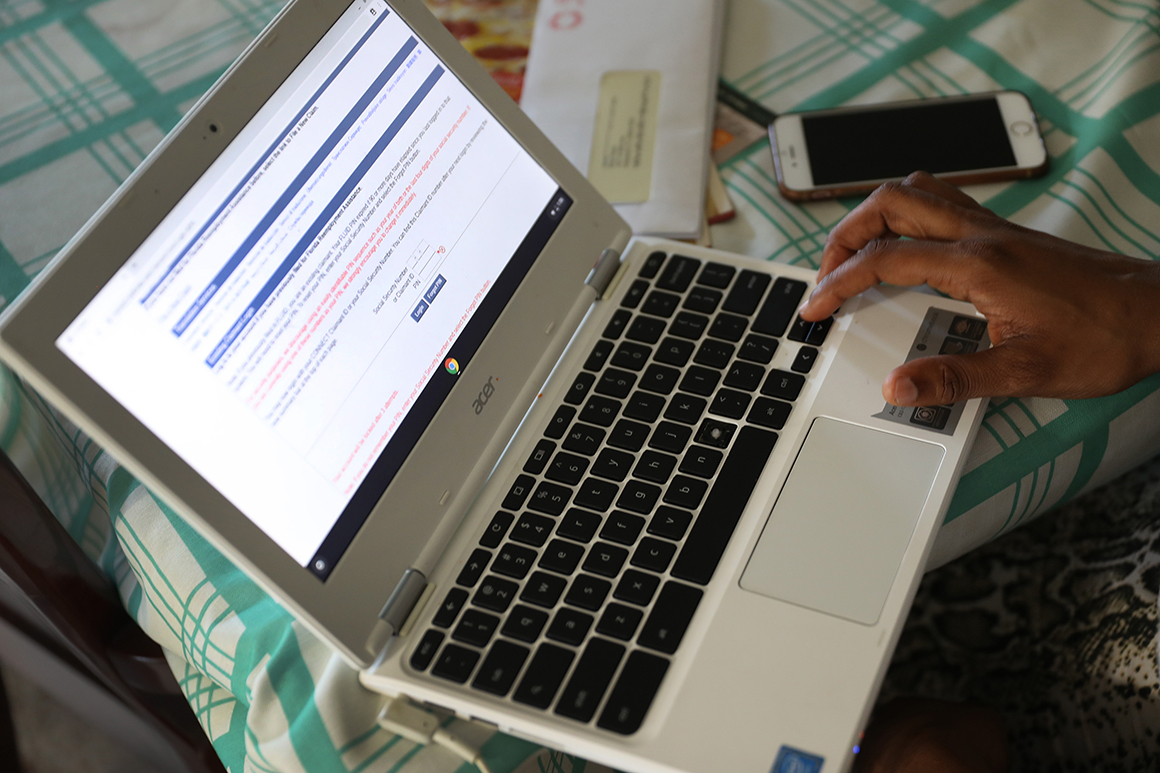 SAN FRANCISCO –; California is the preeminent incubator of technology, home to Silicon Valley tech giants and a robust startup culture that draws expertise and finance from all over the world.

But the pandemic has revealed new failings in the rickety technology that underpins public services in California, most recently leading Gov. Gavin Newsom to trumpet an erroneous decline in coronavirus infections.

If California can’t get government tech right, who can?

The Silicon Valley state’s woes reflect a larger problem in public-sector technology that has plagued governments for years –; but are coming to the fore during the nation’s coronavirus crisis. Florida’s unemployment claims website, built by Deloitte, has faltered so badly this year that Gov. Ron DeSantis called it a "jalopy." Other states, such as Wisconsin and New Jersey, are likewise struggling to keep pace with claims in part because they say their systems rely on decades-old programming language.

"Almost every month we are briefed on yet another incredible IT failure in state government," said California Assemblyman David Chiu, a San Francisco Democrat. "The challenge that state government has with technology has been going on for years, if not decades."

On top of California’s backlog of nearly 1 million unemployment claims, the state has experienced longstanding issues at the Department of Motor Vehicles –; whose offices only began accepting credit card payments last year. Meanwhile, the Covid-19 data snafu at California’s health department not only embarrassed Newsom, but hamstrung counties in responding to infections and resulted in the resignation of the state’s public health director this month.

California’s IT problems stem in part from chronic underinvestment in new technology and mismanagement of the money it has put into upgrades. Paradoxically, California’s state services also suffer from the wealth of technological know-how in their own backyard.

The lure –; and lucre –; of Silicon Valley robs government agencies of talent that they might otherwise attract.

"The state has traditionally had a hard time recruiting folks to work in IT," said Brian Metzker, who tracks state IT projects for the nonpartisan Legislative Analyst’s Office. "The proximity of Silicon Valley is a blessing and a curse."

The pandemic has forced various state systems into overdrive. None has been tested like the Employment Development Department, which is buckling under a tenfold increase in people filing for unemployment and having to send checks to 4.4 million residents –; more than 1 in 5 workers statewide.

The agency’s computer system relies on COBOL, a 60-year-old programming language that many state IT employees don’t even know anymore, 71 state lawmakers said in a letter to Newsom last week. The letter pointed out a litany of failures at the EDD, including taking up to six weeks to return customer service phone calls; not providing translation of documents into languages other than English; and not allowing applicants to edit their applications once submitted or upload verification documents.

A more systemic problem, lawmakers said, is the state’s overreliance on contractors who routinely come in tens of millions of dollars over budget and years behind schedule. A billion-dollar project by Accenture to revamp the state’s accounting, budgeting and procurement systems, called Fi$Cal, has been underway for the past 15 years; it was originally envisioned to take six years and cost $138 million. Last year, Newsom increased its budget by $150 million while at the same time narrowing its scope.

EDD’s latest modernization plan has been underway since 2016 and isn’t scheduled to finish until 2027. A previous attempt by EDD’s longtime contractor, Deloitte, in 2010 ended up costing twice the original estimate and "never solved basic problems," the lawmakers said in their letter.

"Deloitte has received at least $259 million to do work on EDD”;s IT system over the years, including at least two no-bid contracts during this pandemic," they wrote. "It”;s clear that despite all of the money Deloitte has been paid, it has not successfully resolved EDD”;s IT challenges or modernized its system."

Deloitte did not respond to a request for comment this week.

If California could attract better employees, it could do more of the work in-house, Chiu said.

"We wouldn’t have to rely on contractors if government were able to attract and retain people and technologies who are on the cutting edge, but state government has never been able to do that," he said. "There’s so many people out there who could quickly reform and [overhaul] the EDD system, but they’re working in the private sector."

If there’s anyone who can lead the state out of its tech woes, it should be Newsom, a former mayor of San Francisco and lieutenant governor who cowrote a book on technology’s potential to transform government. In "Citizenville," he was clear-eyed about the obstacles.

"Because of the vast network of rules, regulations and laws that apply to virtually everything in government services, people aren’t sure what they’re allowed to do, much less what they’re supposed to do. Then you get IT department people who are paranoid about introducing anything new," he wrote. "Resisting new technology is the government’s default position."

In an attempt to break through the morass, Newsom has been deploying "strike teams" at the DMV and EDD –; small, nimble teams from outside the agencies that sometimes draw on buzzy talent, like Jennifer Pahlka, a veteran of President Barack Obama’s administration who founded the nonprofit Code for America.

The DMV’s field offices started accepting credit cards for the first time in September. Average wait times at the worst-performing locations have been steadily falling, to just over an hour in March, before the pandemic hit.

A spokeswoman for the Government Operations Agency declined to comment on EDD, citing an upcoming report by the strike team. But in a letter to lawmakers last week, the head of GovOps, Yolanda Richardson, said the team was interviewing unemployment applicants and agency employees and would come out with a "roadmap to success" by Sept. 12.

"We understand some measure of the human suffering that the current situation is causing and are committed to using everything in our power to address it," she wrote.

Newsom also created an Office of Digital Innovation last year, which just named its first head, Silicon Valley business consultant Udaya Patnaik, in May. It’s aimed at improving the state’s online services, encouraging agencies to experiment, and shifting IT upgrades to shorter-term, more flexible "agile" projects rather than the mega-projects of the past that are liable to become outdated before they come online.

"We haven’t been passive about addressing the concerns of large scale, information technology systems here in the state of California that are decades and decades old –; simply incapable of meeting this moment, let alone a pre-Covid moment," Newsom said at a press briefing this month to address the problems that led to an undercount of Covid-19 cases.

The state says the issues that led to the undercount –; a server outage that prevented lab results from coming into the California Reportable Disease Information Exchange (CalREDIE) and an expired security certificate with the commercial laboratory Quest Diagnostics –; have been resolved. And they’re planning to develop a new lab reporting system specifically for Covid-19; Department of Public Health spokeswoman Ali Bay said the agency planned to choose a vendor for the system by early September.

The project will be a good test of the state’s nimbleness: It typically takes between a year and 18 months for an IT project to go through the process of defining its scope, soliciting bids and selecting a vendor, LAO’s Metzker said. A major project, like EDD’s, takes longer: After four years, it still hasn’t chosen a vendor.

"We just have not as a state made the investments needed to keep up with the demands of our increasingly technological world," said Peter Leroe-Muñoz, the group’s senior vice president of technology and innovation policy. "You need to dig your well before you’re thirsty, and unfortunately we haven’t made a sufficiently large investment to withstand the crises that we’re facing right now."

One political strategist said Newsom can’t be blamed for the issues that predated him, but that he should be more innovative in his approach. He could invite tech companies to participate in hackathon-style projects to revamp troubled systems, for example.

"The problem with the strike team, it’s the old, ‘We’ll form a commission.’ That’ll become a cliche and a problem for him," said Rob Stutzman, a Sacramento consultant who was deputy chief of staff for Gov. Arnold Schwarzenegger. "Gavin’s opportunity is to go back to Citizenville and say, ‘We inherited all this, but I’m going to be the guy that changes it forever so my successor doesn’t have to stand here years from now and complain about the same architecture."