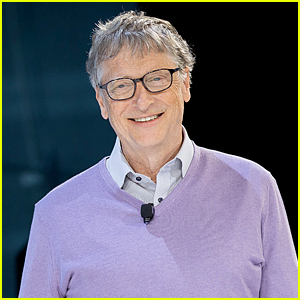 Microsoft Corp. co-founder and billionaire philanthropist Bill Gates is speaking out about rumors circulating about it.

His foundation has pledged more than $350 million to fight Coronavirus and is currently funding efforts to manufacture multiple vaccine candidates so that if a new vaccine is made, it can be distributed as effectively as possible. However, many anti-vaxxers have questions for him.

“What do you make of the conspiracy theories that you”;re pursuing vaccine research to control people”;s minds using 5G radio waves and so on?” Bill was asked by Bloomberg.

“It”;s strange. They take the fact that I”;m involved with vaccines and they just reverse it, so instead of giving money to save lives, I”;m making money to get rid of lives. If that stops people from taking a vaccine or looking at the latest data about wearing a mask, then it”;s a big problem,” Bill responded.

He then was asked, “How confident are you we”;ll have a working vaccine that can be widely distributed by the end of 2020?”

Bill responded, “Well, the initial vaccine won”;t be ideal in terms of its effectiveness against sickness and transmission. It may not have a long duration, and it will mainly be used in rich countries as a stopgap measure. We”;d be lucky to have much before the end of the year. But then, in 2021, a number of other vaccines are very likely to get approved. The strongest response will probably come from the protein subunit. With so many companies working on it, we can afford quite a few failures and still have something with low cost and long duration.”

Bill actually predicted something about a deadly virus years ago that went viral recently.

How Many Interviews For One Job? (Stats From a Recruiter)