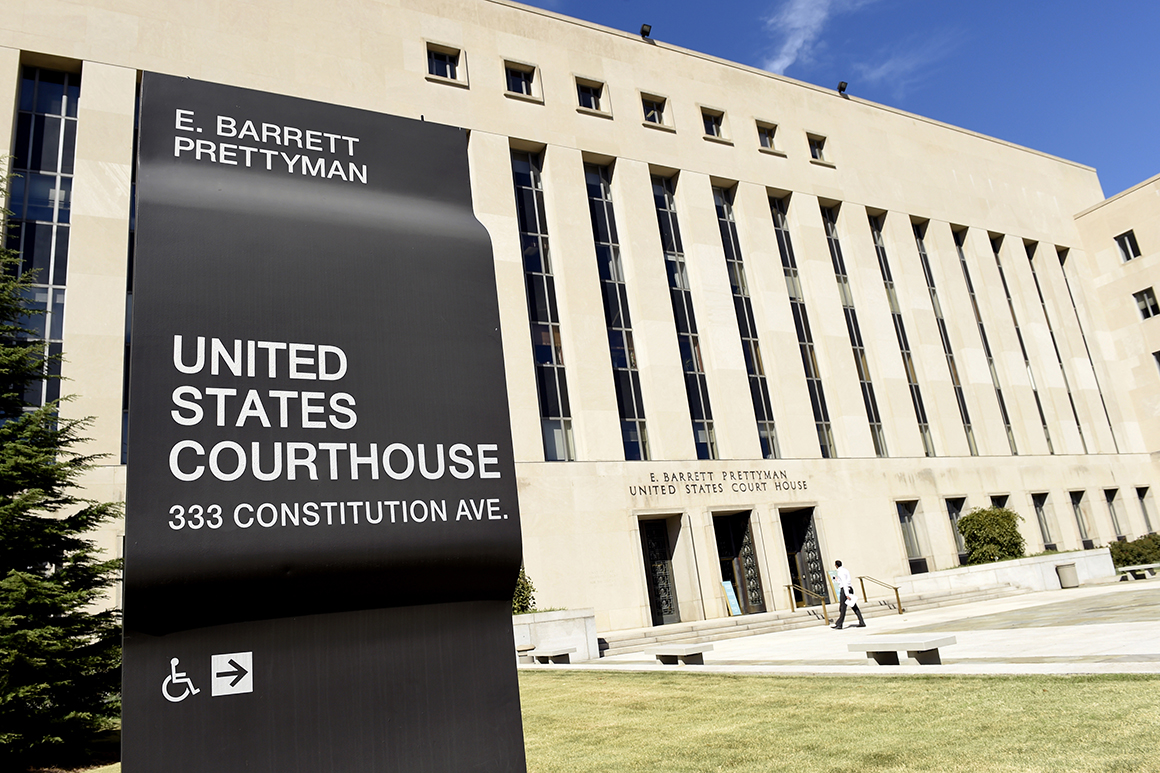 A new ruling from a federal appeals court could shine more light on the donors who fund so-called “;dark money”; political groups.

The D.C. Circuit Court of Appeals on Friday upheld a lower court ruling that found the Federal Election Commission”;s donor-disclosure regulations regarding groups that spend money on independent expenditures –; ads that expressly support or oppose political candidates –; were too weak to comply with federal law.

Donations to groups that spend money on politics but don’t disclose their donors, including 501(c)4 nonprofit organizations, have mushroomed to billions of dollars in the wake of the Supreme Court”;s 2010 Citizens United decision, as well as subsequent rulings that legalized multiple-donor efforts to support or oppose federal candidates while remaining nominally independent of their campaigns.

While donors to super PACs are disclosed, even politically active nonprofits typically don’t disclose their donors, creating the opportunity for some wealthy individuals to secretly spend tens of millions of dollars on political races.

But the 2-0 appeals court decision Friday appears to wipe out at least some of the methods groups and individuals have utilized to keep donations secret. The court said the FEC”;s regulations on the issue are invalid because they don”;t go far enough to require the disclosures Congress mandated in the Federal Election Campaign Act.

“;FECA …; unambiguously requires an entity making over $250 in IEs to disclose the name of any contributor whose contributions during the relevant reporting period total $200, along with the date and amount of each contribution,”; wrote Judge Sri Srinivasan, an Obama appointee. “;The Rule does not require such disclosures. … The Rule therefore is invalid.”;

Srinivasan”;s opinion was joined by Judge Merrick Garland, who is a Clinton appointee. The third judge on the panel, Reagan appointee Stephen Williams, died earlier this month. His view of the case was not disclosed.

Legal experts said the appeals court”;s ruling will maintain a shift in political fundraising practices that got underway in 2018 when U.S. District Court Judge Beryl Howell issued the ruling that the D.C. Circuit upheld Friday.

“;I think it”;s significant. The earth moved when the district court opinion came out,”; said Joe Birkenstock of Sandler Rieff, a firm that advises Democratic-leaning political groups. “;That district court opinion called for much broader disclosure than had previously been the case and a period of a week or two there was real nervousness about it.”;

The case arose from donations to the Karl Rove-founded, pro-GOP group Crossroads GPS during the 2012 campaign cycle. The liberal watchdog group Citizens for Responsibility and Ethics in Washington complained to the FEC that Crossroads specifically solicited donors to back a Republican Senate candidate in Ohio, Josh Mandel, and to fund ads opposing 14 Democratic Senate candidates.

The FEC deadlocked on CREW”;s complaint, and the group later sued the campaign finance regulator, arguing that its disclosure rules were invalid.

One of the key legal issues in the case was how closely a donation must be tied to specific expenditures in order to trigger a legal requirement to disclose.

Srinivasan said the FEC”;s rule on that also failed legal muster. “;By requiring disclosure only of donations linked to a particular IE, the Rule impermissibly narrows [the law”;s] requirement that contributors be identified if their donations are “;made for the purpose of furthering an independent expenditure.”;”;

The judge said the FEC erred by exempting donations who give to “;support IEs in general”; from the disclosure requirement. He said the law should be “;naturally read to cover contributions intended to support any IE made by the recipient.”;

Birkenstock said the ruling won”;t lead to major changes, although if it had gone the other way, some big shifts in behavior by donors and political organizations might have occurred.

“;People have generally adapted to the new regime,”; he said.

However, the system still leaves both theoretical and practical opportunities for anonymous giving, experts said.

In theory, organizations and donors can dodge disclosures by carefully timing donations and expenditures. Donations made in a separate calendar quarter from related independent expenditures need not be disclosed, lawyers said.

However, this isn”;t always a practical subterfuge in the heat of a campaign, when groups are looking to raise money for an imminent election.

“;Typically, the pitch is “;our guy is going to lose next week,”;”; Birkenstock said. “;Under that scenario, the donation is going to be disclosed. Period.”;

But those disclosures sometimes roll in after an election is over, making them of little use to voters.

Another option many organizations have pursued to avoid donor disclosure is to not engage in “;express advocacy”; for or against candidates. Ads, mailers and other materials that harshly criticize a candidate but don”;t specifically reference the election don”;t count as independent expenditures, although some can fall under other disclosure requirements.

Crossroads could ask for review by the full bench of the appeals court or from the Supreme Court. An attorney for the group didn”;t respond to a request for comment.

"This is yet another major win in the fight against dark money in politics,”; he said. “;It will be much harder for donors to anonymously contribute to groups that advertise in elections. This is a great day for transparency and democracy.”;

Learn About Poverty in Chad