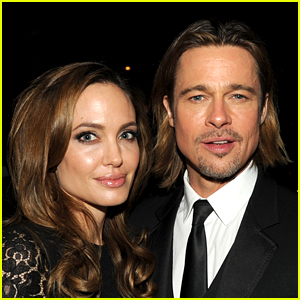 Angelina Jolie and Brad Pitt‘s divorce seems to be anything but amicable right now and they have entered into a new fight in court.

Earlier this week, it was revealed that Angelina wanted the judge in their divorce case to be removed as he allegedly has a business relationship with one of Brad‘s attorneys. The same judge happens to be the judge who married the couple back in 2014 and was one of only 20 people at their wedding.

Angelina‘s filing claimed that Judge John W. Ouderkirk was “biased” due to the other divorce cases he was working on with Brad‘s lawyers. The judge has 10 days to respond to the filing, but Brad‘s legal team decided to respond first.

Brad‘s filing called Angelina‘s move a “Hail Mary,” according to documents obtained by People. His filing claims that Ouderkirk‘s other cases were “fully disclosed to Jolie” and that she “has never objected to [Ouderkirk’s] continued involvement in this proceeding until now.”

The documents say, “Unfortunately, the individuals hurt most by Jolie‘s transparently tactical gambit are the parties’ own children, who continue to be deprived of a final resolution to these custody issues.”

Angelina‘s lawyer released a statement in response to Brad‘s filing.

“It is unfortunate that Mr. Pitt’s team has sought to intervene ahead of Judge Ouderkirk’s response. One can only conclude that this is an attempt to obstruct or influence Judge Ouderkirk’s answer. Any delay in these proceedings is due to their zealous attempt to create an unrecognized special exception for their client’s benefit,” her lawyer Samantha Bley DeJean said in a statement to People.

A source close to Brad is also speaking out in response to all of the drama. The source said, “;This is the Judge who married them, someone who her team knew well and who her team actually introduced to the couple. Her lawyers have also worked with him, so the only excuse for their filing is that her team knew they were likely to lose and they needed to stall by changing the referee in the fourth quarter.”;

A couple months ago, Angelina gave an interview and explained why she separated from Brad back in 2016.

Do You Rent or Own Your Marketing?

5 Videos to Help You Become an Expert in Customer Surveys

What if your Camera Security System Itself is Not Secured?