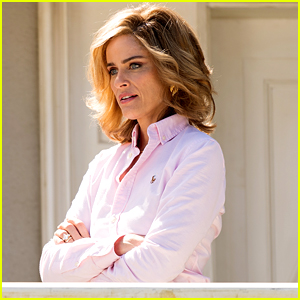 Amanda Peet is opening up about the brand new season of Dirty John, which this time focuses on Betty Broderick.

Here’s what the 48-year-old actress shared with Variety:

On the advice she got from Holland Taylor: “Before I started, she gave me a great piece of advice: Don”;t play crazy. She encouraged me to look at each scene as a legitimate protest or a justified experience…and the story is riveting. They appeared to be such an average, suburban American family. And yet the story ended up being so violent and tragic. I think Alexandra [Cunningham, creator] feels that there”;s value in exploring how and why –; how could that have happened?”

On her decision to not comment on Betty’s current appeals: “I made a decision that I”;m not going to comment on the legal proceedings. Partly just because I have no business doing so, but also I think Alexandra did a good job of showing that this was a fairly complicated case. Divorce laws then left no protections for women who had sublimated their own ambitions and careers when they had children. They were left with no money, and without a lot of legal power decades later –; and no earning power, really.”

On having an all-woman production team behind the show: “It”;s just a beautiful kind of acknowledgment that everyone is dealing with kids who are being left at home while we were doing these 13- to 14-hour days. That was powerful.”

The new season kicks off on June 2 on USA. Check out some of the pics from filming here!

We Love To See It: Future To Award Scholarships To Students In Georgia Affected By COVID-19