A New Generation of Entrepreneurs

It wasn’t until the twins came into our lives that I began to rethink that and realize that not everyone’s path should or needs to include college. It was a hard pill to swallow at first as that is how I was raised.

But over the now 9 years that the twins have been part of our family, I have really come to embrace that everyone’s path will be different and not always what I expect and that is okay. Even more than that, it is good and it is for the best.

Another Entrepreneur in the Family 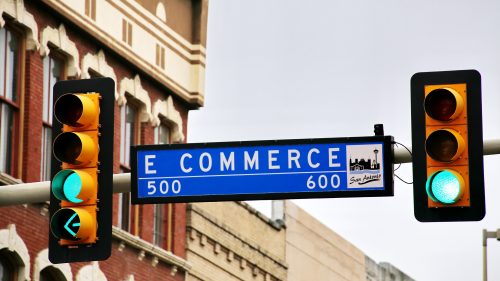 What I didn’t picture was him starting a business at 15. But after months of talking and pushing and him pushing back…well, I am stepping out of the way.

This past month, he has taken the first steps to starting a business…

He laid out his plan to me.
He worked up the numbers. And then worked them up again after I pointed out some holes.
He designed a logo and collected the data and content he would need for a website.
He researched the product, the process, the supplies, the how tos, the everything.
He priced everything.
He added everything to an Amazon cart.
I bought him a domain name ($15 investment) built him an ecommerce website. (And hosted it for free because I’m his mom.)
He ordered all the supplies he needs to get started, using every penny of his savings ($300). I finally acquiesced.
We launched his website last weekend. And his supplies will begin arriving this week.

I will be honest, I have no idea if his idea will succeed or fail. But I realized that I needed to get out of the way and let him take a shot. Here’s to the next generation of entrepreneurs, may they think big, work hard and be amazing successes at whatever they choose to pursue!

The post A New Generation of Entrepreneurs appeared first on Blogging Away Debt.

Amazon, others rush to get a pie of the insurance mkt

How to Make Your Mobile Wallet Solution Secure in 2020