6 Facts About the Senate Committee on Foreign Relations 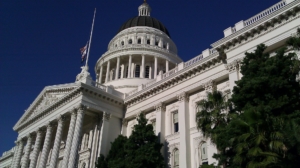 It has a subcommittee that oversees the United States Agency for International Development (USAID). One of the seven subcommittees of this Senate Committee is the Subcommittee on State Department and USAID Management, International Operations and Bilateral International Development. USAID is the leading government agency that administers foreign aid for socioeconomic development and disaster relief to nations worldwide, making it one of the most critical organizations in reducing global poverty. This subcommittee reviews the budget and oversees the general operations of USAID and the State Department. It can guide the ways that USAID uses its funding. Therefore, the Senate Committee on Foreign Relations’ influence has a significant impact on the U.S.’s distribution of foreign aid.
It is one of the oldest Senate committees. Congress created committees in 1816, establishing 10 standing committees in the Senate. Out of these original 10, only three still exist–;the Committee on Finance, the Committee on the Judiciary and the Committee on Foreign Relations. The influence of the Senate Committee on Foreign Relations has helped shape foreign policy for nearly the U.S.’s entire history.
It approved the Global Poverty Act of 2007. The Global Poverty Act required the president to create and implement a comprehensive strategy to reduce poverty around the world. The plan would also have to address extreme poverty, including reducing the proportion of people who live on less than $1 a day. The committee approved this bill, but it never received a vote in the Senate, and therefore the bill never passed. This demonstrates the limits of the committee”;s influence.
It has many influential senators as members. A wide range of famous Republican and Democrat senators have served on the committee. Currently, its membership includes Republic Mitt Romney of Utah, Republican Ted Cruz of Texas and Democrat Cory Booker of New Jersey. Joe Biden served as chair of the committee for several years during the 2000s, including when the committee approved the Global Poverty Act. High-profile senators such as these, who are famous on a national level, bring publicity to the committee, which can increase the Senate committee’s influence.
Some members have introduced legislation to increase funding for the international response to COVID-19. In early May 2020, eight Democrat senators from the Committee on Foreign Relations introduced the COVID-19 International Response and Recovery Act. This legislation would provide $9 billion in funding to help the U.S. lead international efforts to contain the pandemic. These senators, led by ranking committee member Bob Menendez, believe that the U.S. needs to do more to work with other governments and international organizations to stop the spread of COVID-19.
The chairman and other members have introduced legislation to investigate international institutions. In early May 2020, chairman Risch and four other Republican senators from the committee proposed the Multilateral Aid Review Act of 2020. This bill would create a task force to investigate and create a report on 38 multilateral institutions that receive aid from the U.S. The institutions include the World Health Organization, the World Bank and the International Committee of the Red Cross. The task force would report how well each of these organizations performs their missions and serves the U.S. and global interests.

The post 6 Facts About the Senate Committee on Foreign Relations appeared first on The Borgen Project.